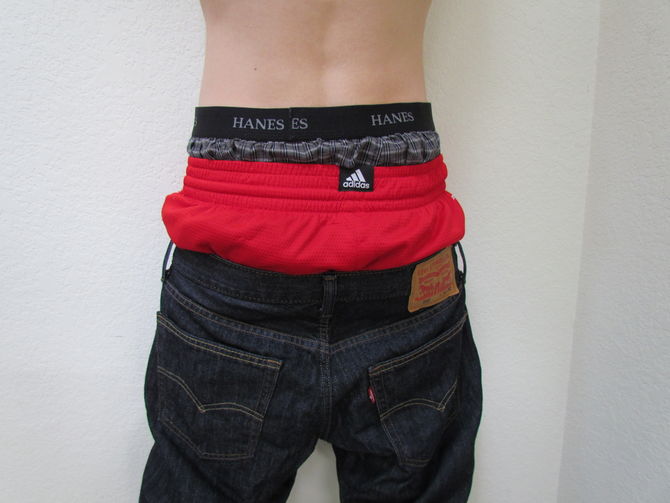 I absolutely love reading the newspaper in our metropolitan area.

This week a couple articles (and follow-up articles on each two days later) cracked me up.

1) A man bought gas at midnight at a local gas station. Two male customers saw that he had several hundred-dollar bills in his wallet and one of them followed him home and tried to rob him at gunpoint in his yard. The victim was an ex-Marine who felt the robber would kill him even if he gave up his money, and he was able to get the gun away from the robber.

Yay for him — one for the good guys! (He did warn people in the newspaper article not to try this themselves, however.)

The best part of the story, though, was that the teen-aged robber ran off to his vehicle after the good guy took his gun, and he stumbled several times and finally fell to the ground before he reached it because his pants kept falling down!

2) A vacationing family relaxing on a local beach was surprised to see a pig swimming toward the land. The father helped the porker to the shore (he said the pig was “ornery” in the follow-up article) and called the police. (See the video of the rescue.) To answer the question every reader was thinking (“Where did the pig come from?”) , the article suggested that the pig may’ve been in someone’s boat and fallen overboard. Who takes a pig for a boat ride?!