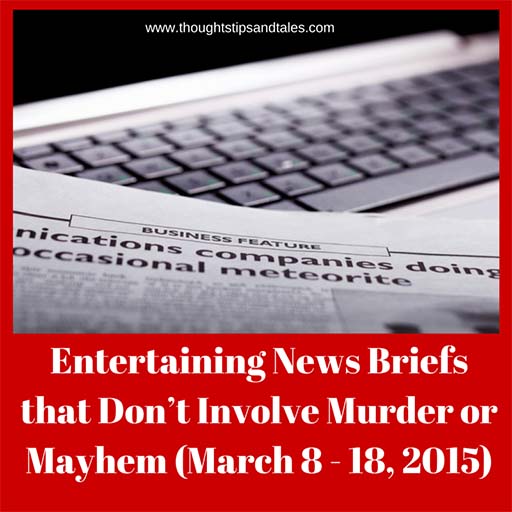 Not all the news is bad! Here are some interesting and entertaining news briefs from the first half of March.

What interesting news have you seen recently?