Posted on September 17, 2014 by blogqueendiane 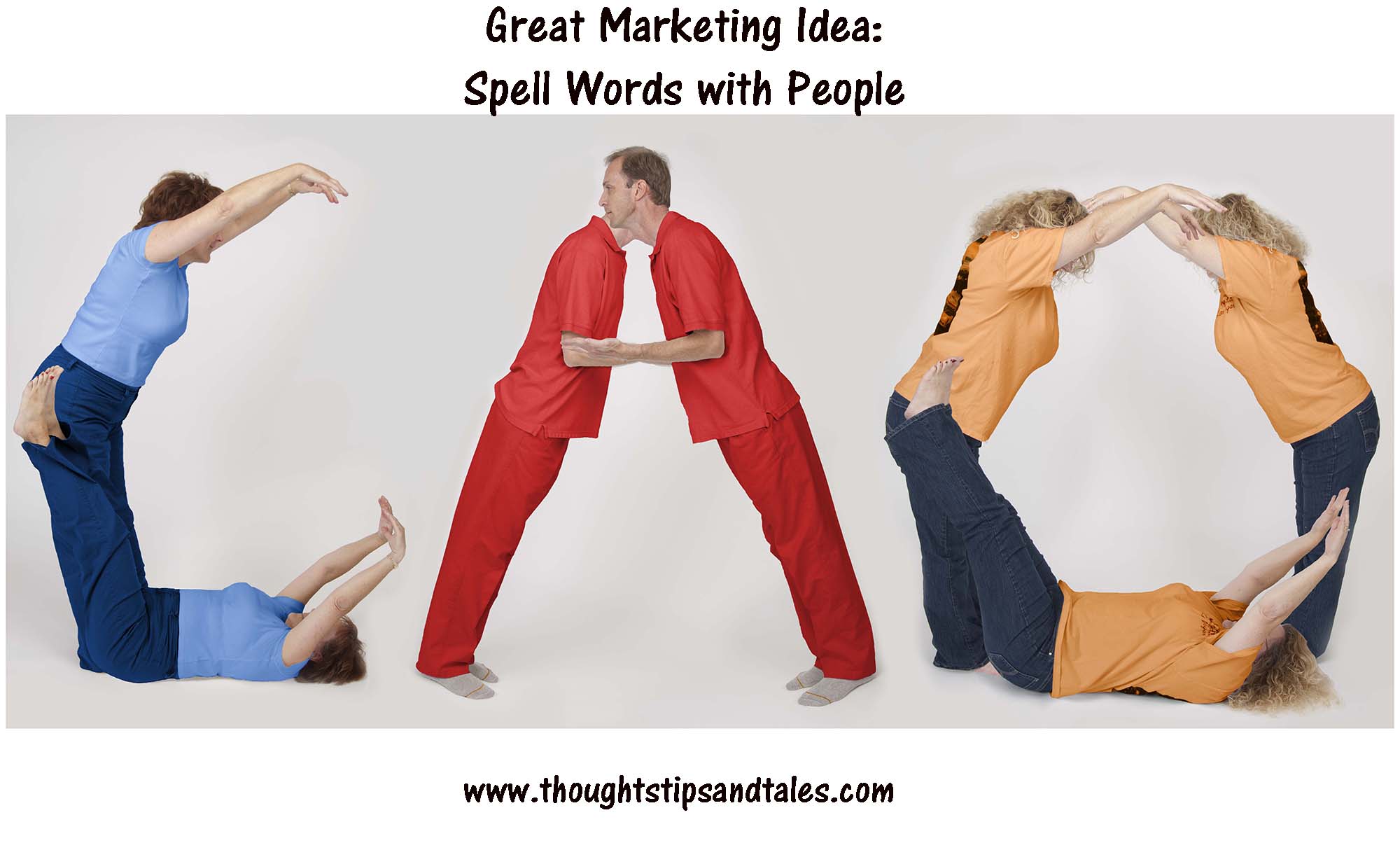 When a corporate restructure began at my workplace — to become a “competency aligned organization (CAO)” — my job was to create an educational campaign to teach thousands of employees around the world what CAO was and how it affected them.

I made a series of informational posters and sent them to designated people in our major sites to display in common areas. The last poster was a Jeopardy-style board with questions about information on the previous posters printed on little “doors” and answers that appeared when people opened the “doors.”

To create a unique visual to attract people’s attention to my article in the employee newsletter, coworkers and I posed, and the photographer used Photoshop to transform us into the shape of letters — spelling the acronym with a human alphabet.

The photo was inspired by a billboard advertising a local hospital that used an acrobatic alphabet!

Here’s a graphic showing how to make letters using people.

Don’t know how much of an impression the photo left on employees… but it was definitely one of the most fun photos shoots we ever did.