Posted on February 16, 2015 by blogqueendiane 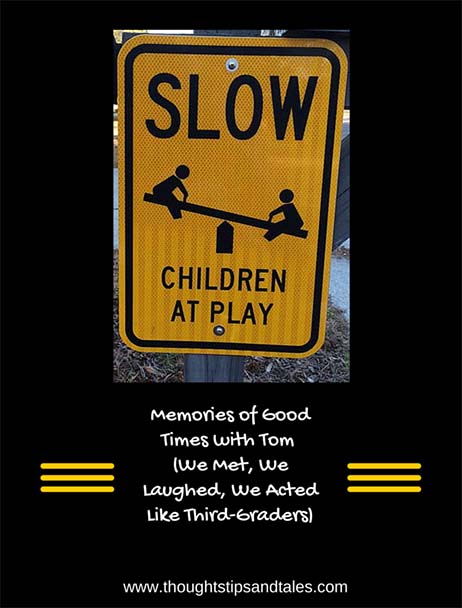 Did you ever have a partner who really “got” you? Who knew pretty much everything about you and was your best friend ever? Who made everything fun?

And, on top of that, he could make you laugh until your stomach hurt? Time and time again?

Tom was probably the great love of my life, and he was definitely my “soulmate,” if anyone was.

During the five years we were together, we had lots of weird, unique and unusual times.

1) On our first in-person date (we met online), we had lunch at Atlanta Bread Company. I remember looking up at him when he walked over to the table and being surprised that he was much better looking than the photo on his profile. I just blurted out, “Wow – you’re cute!”

We talked and laughed for several hours at the restaurant, then went next door to a book store and laughed  so hard over some of the books we pulled out that we were afraid they’d kick us out of the bookstore! 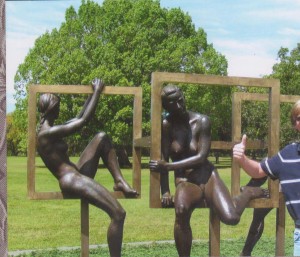 On one of the early dates, we went to Brookgreen Gardens near Myrtle Beach. The Gardens contain hundreds of sculptures and water features. They were beautiful, but fools that we were, we walked around searching for busts of bare-breasted women. Tom would stand next to the best ones and give them a big “thumbs up” and for the flat-chested ones, he’d pose “thumbs down” and frown sadly while I photographed him. OK – we acted like third-graders, but man was it fun. It’s a day I’ll never forget, and I can never drive by that park with a straight face.

3) Once, when Tom was starting to back his vehicle out of my driveway to go home on a beautiful warm Sunday afternoon, we both looked up and saw four adult deer galloping  down the middle of the street in my suburban subdivision — toward his truck. He quickly braked and pulled back in the driveway, got out and said, “Did you just see what I saw?” The deer ran past my house, through a neighbor’s front yard, and leaped over a five-foot fence into their back yard toward the woods behind their house.

It was like a magical scene from a movie, and Tom and I just stood there in disbelief.

Nobody else was out on the street at that moment, so we were the only ones who saw that stunning incident. In the 20 years I’ve lived here,  have never seen a deer in the neighborhood before or since then…

4) Tom was a truck driver and once had a Saturday job assignment to drive his dump truck to a Hollywood film set in the area and pour “gold” dirt on the streets of the set, to re-enact the “old days.” I got to ride in the massive truck with him and a line of other dump trucks and watch while he and the others dumped truckload after truckload of dirt. It was really fun. How many women can say they’ve done that on a date?

We had to go see the movie when it came out, too, to see if we could tell where “our” gold dirt was. (We couldn’t.) 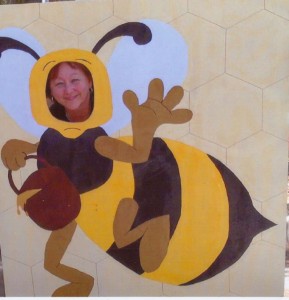 4) We used to go to all kinds of odd festivals (and Charleston has a ton of them!) Some of our favorites were the bee fest, a mid-Eastern festival with belly dancers and eyebrow threading, an Atalaya arts festival (which we renamed the Iyatollah Fest) and a bed race (where teams pushed beds with people lying on them around the track at a local park).

5) On one particularly horribly hot summer day, we both put on bathing suits, filled a 5 foot plastic kiddie pool with water, crossed our legs, and sat in it in my back yard under the big trees to cool off. 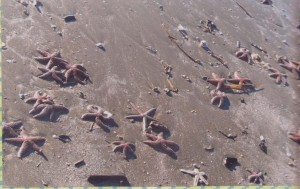 during a hike, to thinking an alligator was going to jump in our canoe during an afternoon paddle, to watching dolphins cavort in the ocean. One afternoon we went to the beach and thousands of 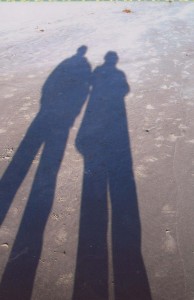 starfish had washed up on the shore — many still alive — as a result of a storm the night before. Tom frantically ran back and forth grabbing starfish and flinging them back into the ocean!

We also took long nature walks and hiked to see Indian burial grounds and historic sites, took long leisurely bike rides, and visited local plantations. A bison at one plantation was particularly “taken” with Tom after he petted it and kept looking at him with moony eyes. The resulting photo cracks me up every time I see it.

I wish it hadn’t ended, but it did. We had a great time acting goofy together, though, and  I have a lot of great memories of good times with Tom. 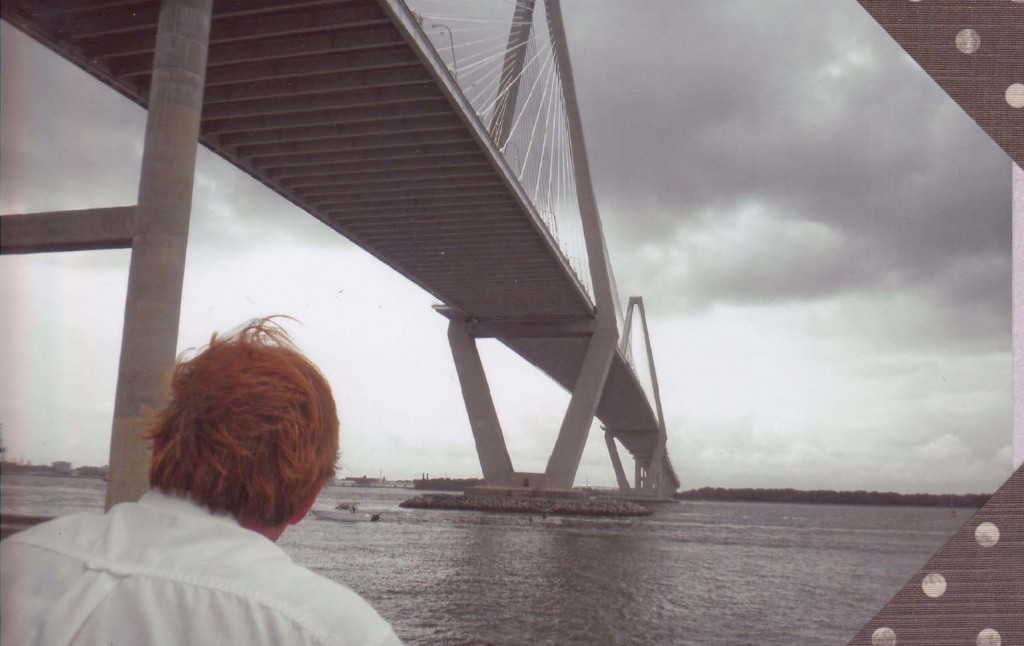 11 Responses to Memories of Good Times with Tom (We Met, We Laughed, We Acted Like Third-Graders)