Posted on July 7, 2015 by blogqueendiane 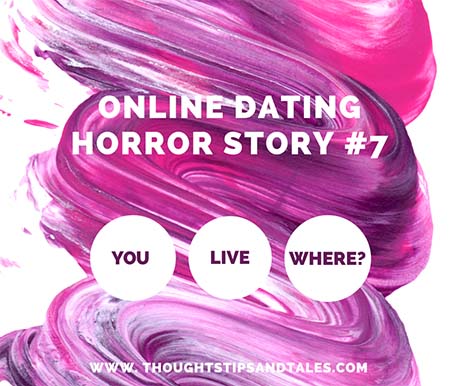 A number of years ago, I started writing to a man from an online dating site. He seemed nice and we arranged to meet.

During the few “getting-to-know-you” emails that we exchanged before that, I asked what part of town he lived in (since the metropolitan area here is pretty large, and someone in the same general area could end up living almost an hour away).

His response to my question was, “I’ll tell you when we meet.”

Didn’t think much of it at the time and figured maybe he lived somewhere that was hard to describe in a few words.

A few days later, we met at a local deli and had a Coke. My date was nice-looking and very pleasant. In fact, we talked for nearly two hours and were getting along well.

He told me in the course of the conversation that a good friend of his had died recently and he took it hard. It changed his life, and he adopted the motto “live for today” so that he could “go for the gusto.” That made sense.

Out of curiosity, I asked the “where do you live” question again shortly after that.

He revealed then that he’d sold his possessions, moved to town and gotten a job in an office — and that he lived in a TENT at a campground on the nearby Air Force base.

After a pause (to take time to stop my  jaw from dropping open and to gauge whether he was serious), I finally asked, “Doesn’t it get really cold?” (since it was a winter day and the temperatures that week were in the teens).

He admitted that, yes, it did get cold when the weather was like that.

Since he’d been writing  to me online, I asked if he had a computer in the tent. He said he did, and that he also had a microwave. 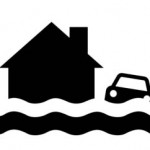 Then he added, “But I really hate it when it rains a lot. It kind of floods in the tent.”

He’d mentioned in his email that he’d been to New York recently to visit his mother, so I had to ask, “What do you do when you go out of town or to work? Aren’t you afraid someone will steal your stuff?”

He just shrugged and replied, “No, it’s OK. They have good security at the Air Force base and nobody’s going to steal anything.”

While we were having this housing conversation, the question running through my head was whether I could date (and possibly get serious about) a man who lived — permanently —  in a tent. And the answer was “no,” even though he seemed nice– and otherwise pretty normal.

I just couldn’t wrap my head around the idea of going to visit someone for the evening in an outdoor structure when the temperature was below freezing, when the bugs were biting or when the rains came flooding in…

I told a friend at work about the date, and she reported back a week later that she and her husband and a family friend had driven around the Air Force Base the day before, and that they’d seen the tent on the Air Force base campground.

When I moved along and wrote to other men on the online dating site after that experience, one of my primary criteria was that — in the profile photo — the man appeared to live in a permanent dwelling!

I ended up dating Tom, who I met on the same dating site, for five fun years — but the initial reason I wrote him was that he was standing next to a fireplace in his profile photo — and there are no fireplaces in tents.

15 Responses to Online Dating Horror Story #7: You Live WHERE?