Posted on September 18, 2017 by blogqueendiane 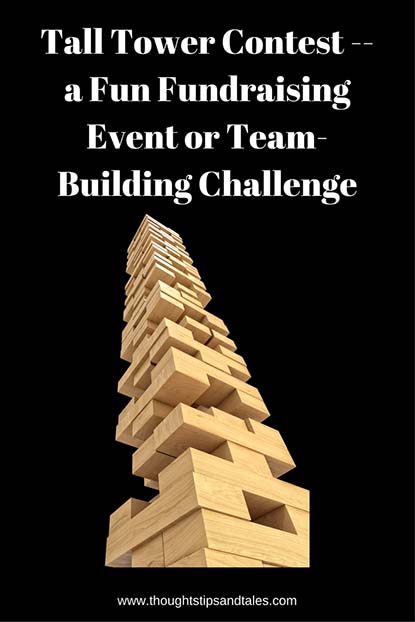 If you’re looking for a team-building event or a fun fundraising event that costs nothing to put on and is a blast for both children and adults, try a Tall Tower contest.

I’ve done it with adults in a work environment several times and it’s exciting for the participants and the audience alike. 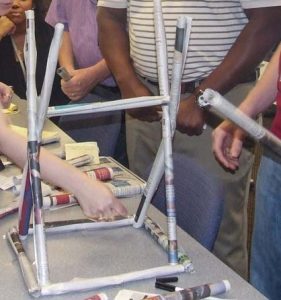 When you announce the Tall Tower event, don’t tell participants how the tower will be constructed; simply tell them a contest will be held and the team (of two people or more) that can build the tallest tower will win. (If they know what medium they’ll be using in advance, they may do Internet research or practice ahead of time — and you want a level playing field and an element of surprise.

Charge a fixed amount per team as an entry fee if it’s a fundraiser, and offer the winning team a prize if you can (or bragging rights, if you can’t).

All you need to do beforehand is collect newspapers, because that’s the only material required. You can ask everyone you know who subscribes to it to save theirs and/or raid local paper recycling bins. Open the pages and lay them out flat while collecting them.

On the day of the event, reveal the rules.

Tell contestants they’ll have a set amount of time (20 minutes or so) for their team to try to construct the tallest tower, which must be standing when the judges measure for the winner.

They can build towers on the ground, but it’s easier on their backs to build them on a tabletop.

And tell them they’re limited to using a set number of sheets of newspaper (for example, 30 sheets). They can’t use tape or paper clips or an other fastening devices (which is always a surprise).

And — for the kicker — announce that they’ll need to construct a paper hat from their paper supply and one member of the team must be wearing it when time runs out. Even if they have the tallest tower, if no one is wearing a homemade paper hat when the timer sounds, they won’t win. 🙂 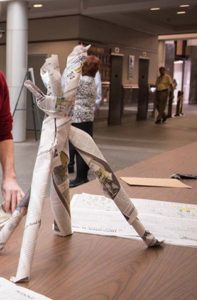 Distribute newspapers to each team (it helps to count them out and have sets ready to go beforehand), set the timer and begin!

It’s always entertaining for onlookers to watch the teams try various techniques to make a tower. Some fold the papers, some form squares or balls, some shape them into cones, and on and on. The possibilities are endless.

Inevitably, when the towers reach a certain height, many of them will topple. But the teams can rethink their strategy and start again with a fresh plan until time runs out.

Sit back and enjoy the fun as the teams scramble to beat the clock and build the award-winning tower while wearing their wacky paper hats. 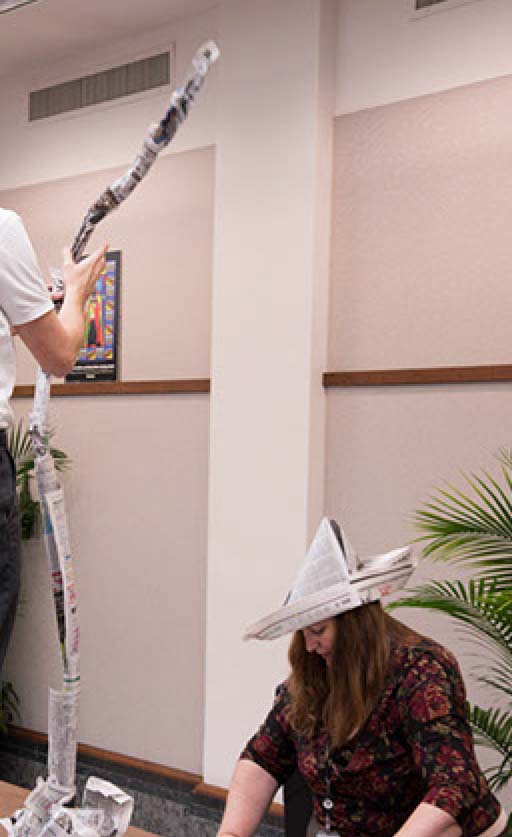 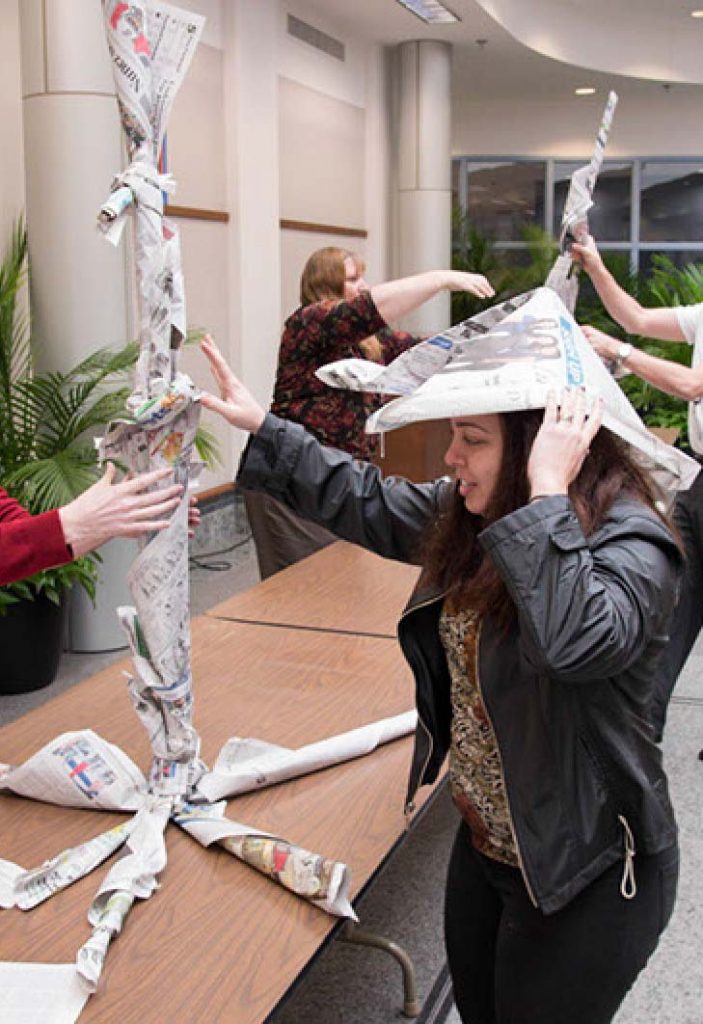 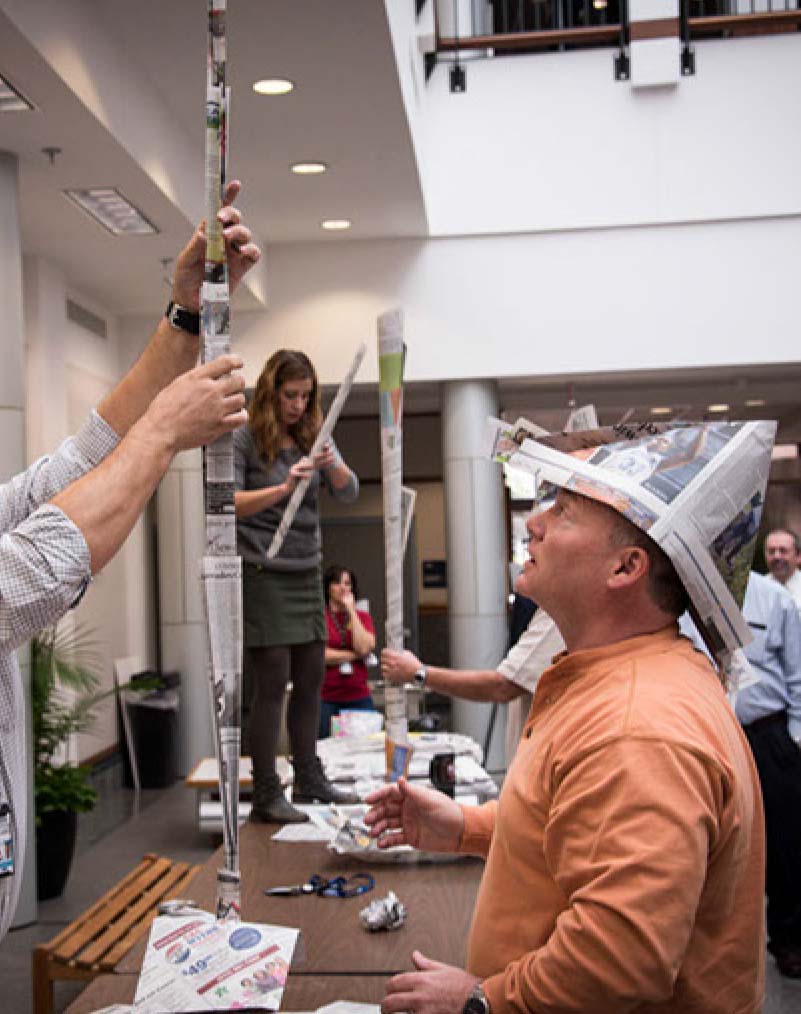