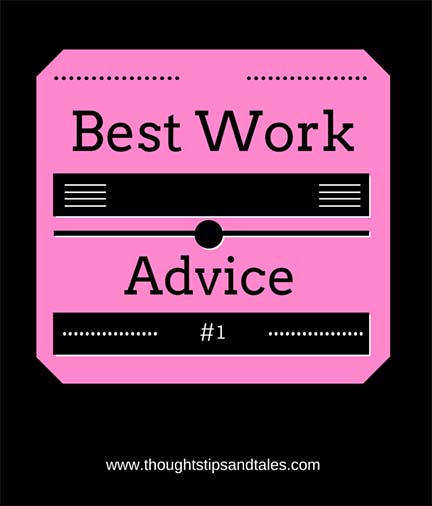 I’m a writer at a large organization, and create high-visibility documents distributed to thousands of people around the world on a variety of subjects — many of which I know nothing about, starting out.

The former chief of staff at work gave me a fantastic piece of advice several years ago that helps with my job and may help anyone who writes as part of their job or is part of any group assigned to create documents. At the time, I was working with him to lead a team of high-level managers from various geographic locations on the East Coast to create an initial concept of operations document describing our organization, which had just expanded to add employees in other geographic locations. We were given absolutely no guidance on how to do it — yet I was to write the document.

When I told him I felt a little “out of my league” on this project, he said, “Just make it up.”

When I raised my eyebrows, he explained that it’s a lot easier for a group of people to read — and critique and refine — a draft document than to create something from scratch.

And he was so right!

I researched similar documents to determine the subjects to include, wrote what I knew (and could look up) about the organization, described how I thought each facet of the new organization should be organized, and plodded along to create a comprehensive document — section by section, week by week.

The team members met regularly and discussed what I’d written and made suggestions for changes — but there weren’t nearly the number of change recommendations I would have expected.

A few months later, we had a final product.

“Just make it up” has served me well on a lot of other projects since then, too!

I find that most people go along with most of what I write, regardless of the subject. If you do some research and ask experts questions to get basic information, then start writing  — people are happy to review and enhance your draft document — and relieved they don’t have to create anything from scratch.

Try it, and see if it works for you!

And feel free to tell us the best work advice you ever got.

Weird Excuses for Being Late To and From Work

Playing with Dolls at Work: A Wacky Workplace Morale Booster

Returning to Work after Vacation to an Empty Mailbox

7 Responses to Best Work Advice Ever