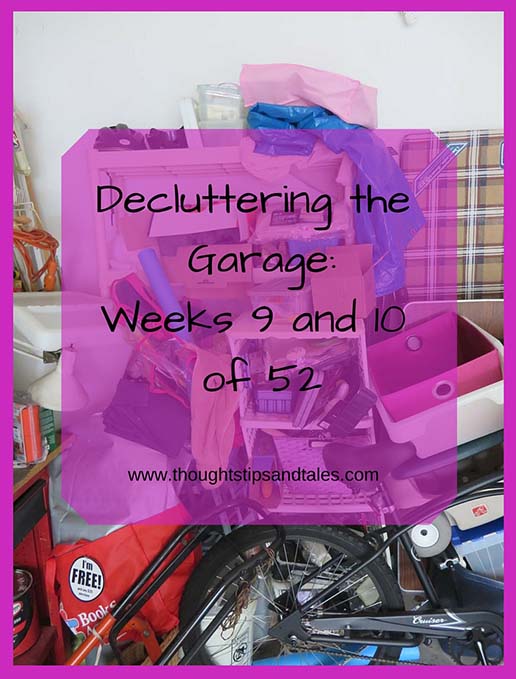 Confession: I’ve never cleared out my garage — and have lived in this house a long time.

When my son was growing up, I tried to close my eyes to the jumble every night when I parked the car inside. (After all, kids — and moms — accumulate a lot of stuff.)

And not worry when I stashed something in the garage because it didn’t “belong” anywhere else.

My son’s in grad school now… and it finally got the better of me: the chaos and confusion in that space is the primary reason I embarked on the 52 weeks of decluttering and made “declutter” my official word for 2016! 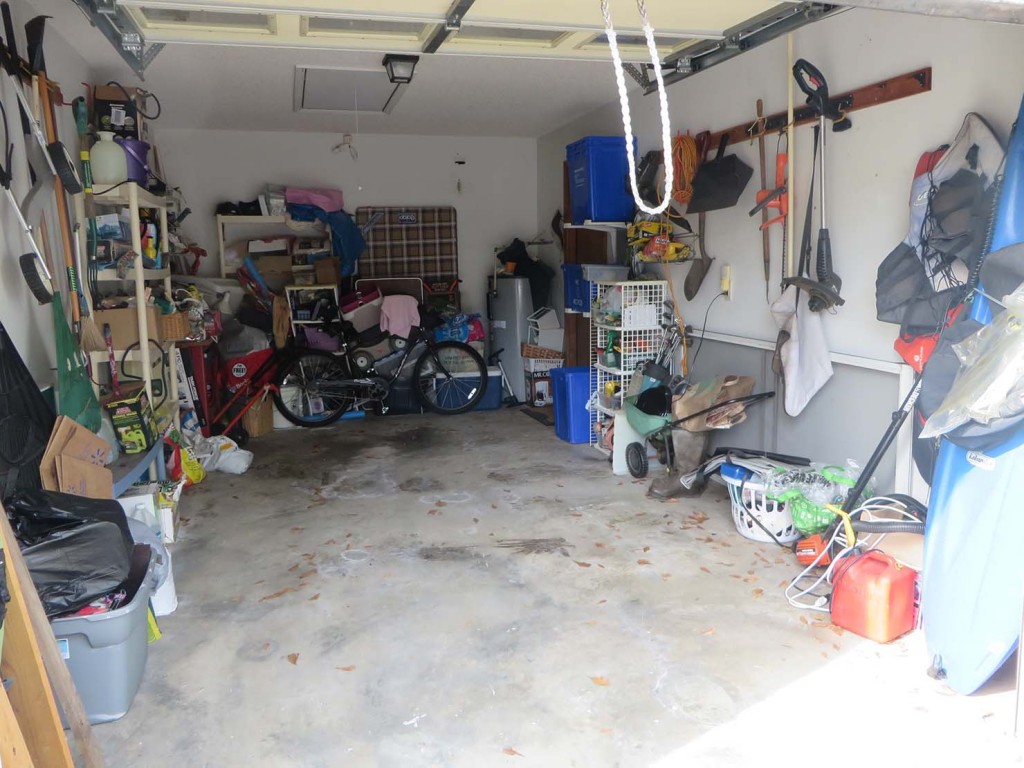 It took two Saturdays — and 13 hours — but the garage is now decluttered!

It gives me peace — even though I realize while it’s really neat for me, it probably appears cluttered to a genuinely tidy person.

Pulling everything off shelves and out of boxes, bins and a workbench to reach the end state was a sort of daunting — but eye-opening–  experience. 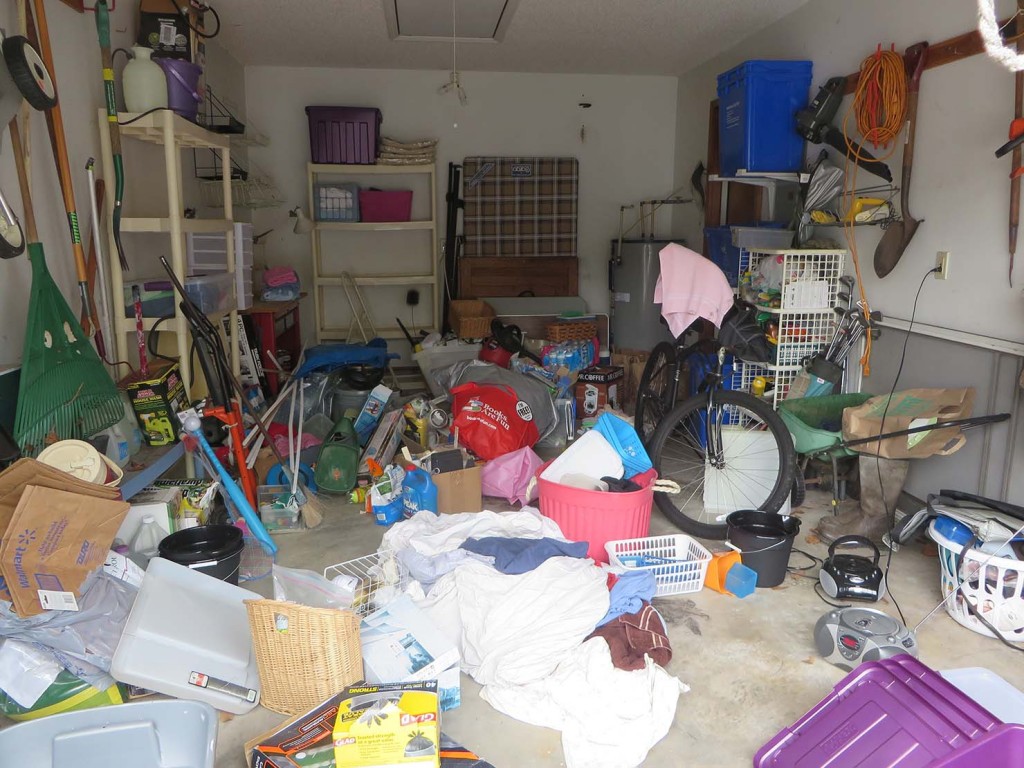 Found some tool-type gizmos that I had no idea what their purpose was. And a bunch of duplicate items, as well as things I had no idea I owned.

Took several huge Hefty bags of stuff to Goodwill (including the mystery items); maybe someone else knows what they do! 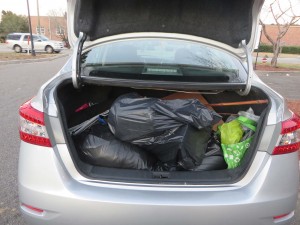 Got rid of anything that was ever in a liquid or semi-solid form, because it was now either mushy or hard as a brick (and no doubt long past the expiration date).

And ditched all construction materials — such as a bunch of 8-foot boards and a few boxes of roof nails (not going to build a fence or re-roof the house). The stack of 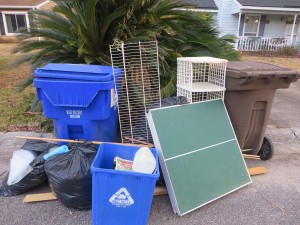 stuff on garbage day was impressive.

I also took five filled-to-the-top paper grocery bags of “hazmat” (hazardous materials) to the landfill — paint, Roundup spray, batteries, car products and more. It wasn’t as easy as I thought it’d be, though; no drop off and drive out. They made me pour the bottles of car oil through a funnel into huge metal drums and sort and stack all the other items by categories. But getting my hands dirty that day definitely resulted in a liberating feeling!

Made several runs to Target during this project, too, to buy huge plastic bins with lids and a couple smaller plastic containers with snap-on lids, too. The containerized items look much neater and there won’t be dust (or bugs) inside the next time they’re opened. Especially the container of “work” shoes — for mowing the lawn and doing gardening. (All these years, I’ve consciously shaken each shoe before putting it on after reading once about a poisonous spider hidden in someone’s clogs. Presto! Don’t have to do that anymore.)

I discovered that a major problem with decluttering the garage is “one-thing-leads-to-another” syndrome. For instance, you take everything off a shelf to review and organize it. Then you discover the shelf is filthy and you have to get soap and water and wash it before returning the items. Then you realize the floor is dirty and have to sweep it. After that, you notice the wall behind the shelf is also stained — but at that point, you have to force yourself to stop before you grab a can of paint and a roller because you’ll never get the job done.

It’s hard to stay focused — but it’s worthwhile if you do.

What a fabulous feeling it is when you’re finished to be able to find what you’re looking for  — and actually know what’s there! 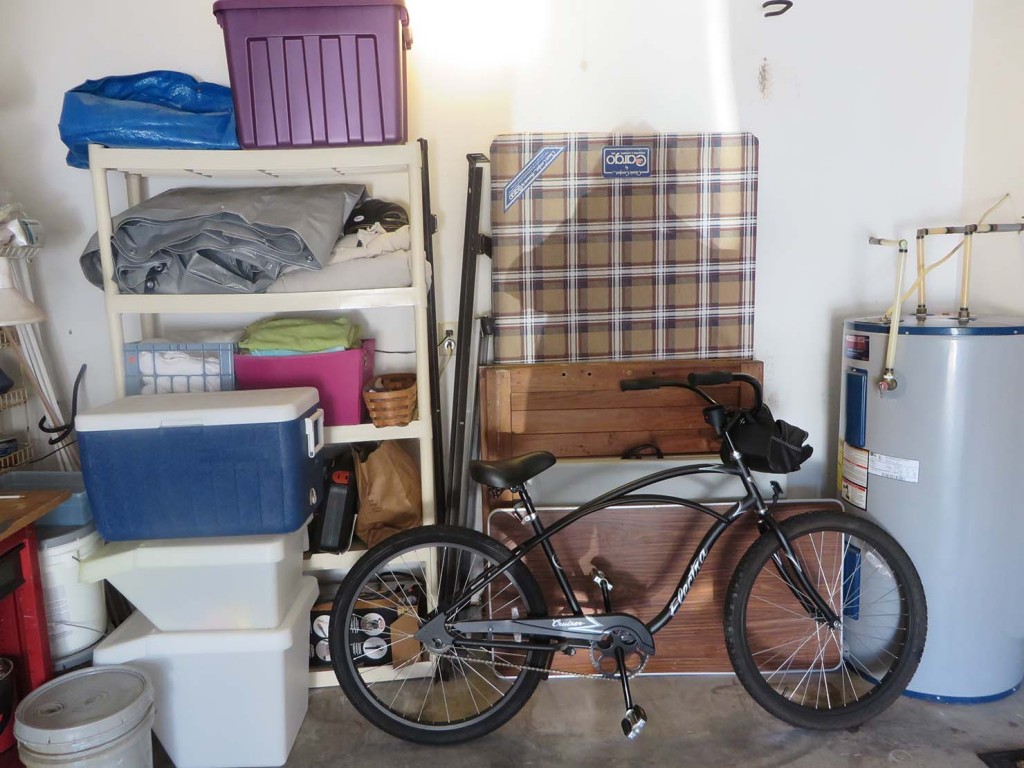 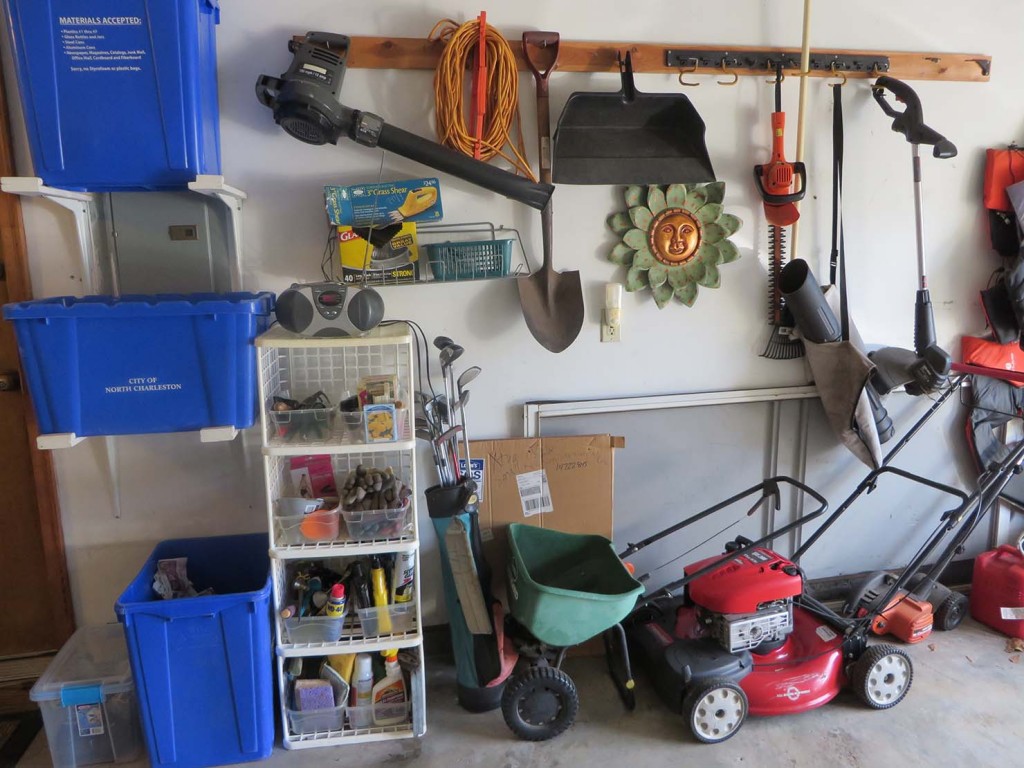 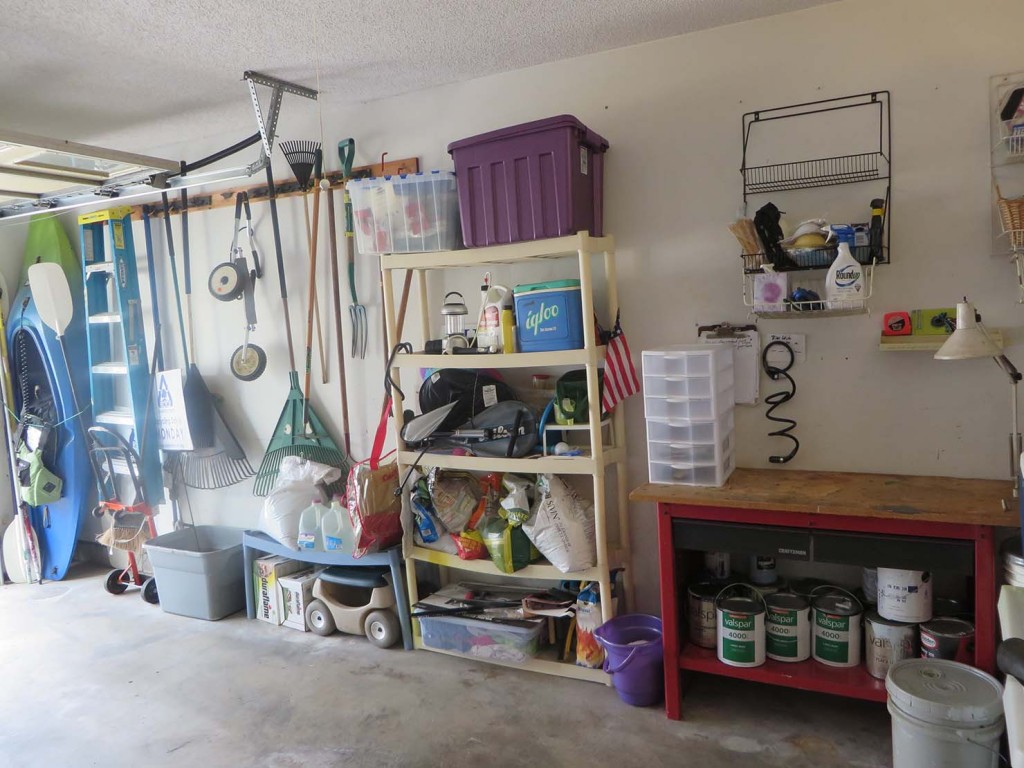 Decluttering the Bathroom: Week 8 of 52

4 Responses to Decluttering the Garage: Weeks 9 and 10 of 52