Posted on February 18, 2016 by blogqueendiane 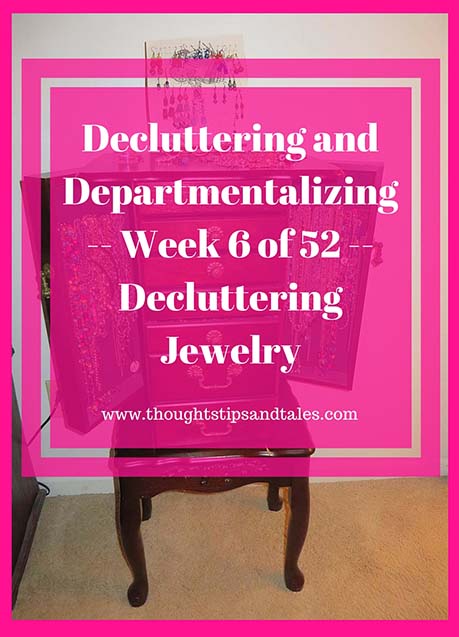 I LOVE jewelry — and have a lot of it.

So decluttering jewelry in an overflowing armoire — plus a jewelry box I’ve had since college — was a real project.

Several years ago, my dear friend Joy made me about 20 pairs of various colored earrings and gave them to me on a large hand-drawn Zentangle design. It was so unique and thoughtful that  I mounted it on cardboard and have displayed it on top of the armoire ever since.

In the meantime, Joy moved away, and I lost one earring for about half the pairs — and I knew the “jewelry shrine” had to go. I also knew that Joy (one of the world’s finest declutterers) would be the first person to tell me to take it down, clean out all the jewelry and “move on.”

The armoire drawers were overflowing, and the vertical side hangers for necklaces were a cluttered, jumbled mess. (You don’t want to know how much time I spent untangling necklaces before I could wear them…) 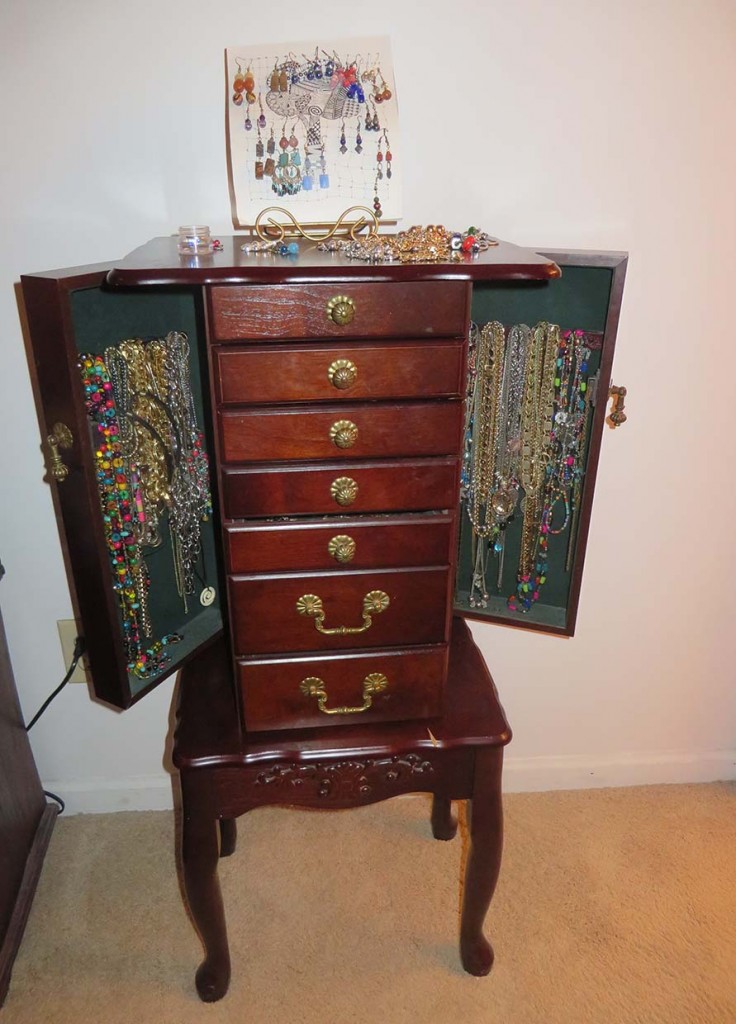 The jewelry box held everything from the “70 words per minute typing award” pin from high school (one of the proudest moments of my life!) and my old charm bracelet to my grandmother’s ring.

I used the advice of Marie Kondo, author of the The Life-Changing Magic of Tidying Up (which I just read and liked), to get rid of the jewelry box itself. She says to ask yourself if an item brings you joy when deciding whether to keep it — and that jewelry box definitely did not (long story)! It also was one of my few possessions that wasn’t destroyed in Hurricane Hugo — which wasn’t such a joyful thing, either… 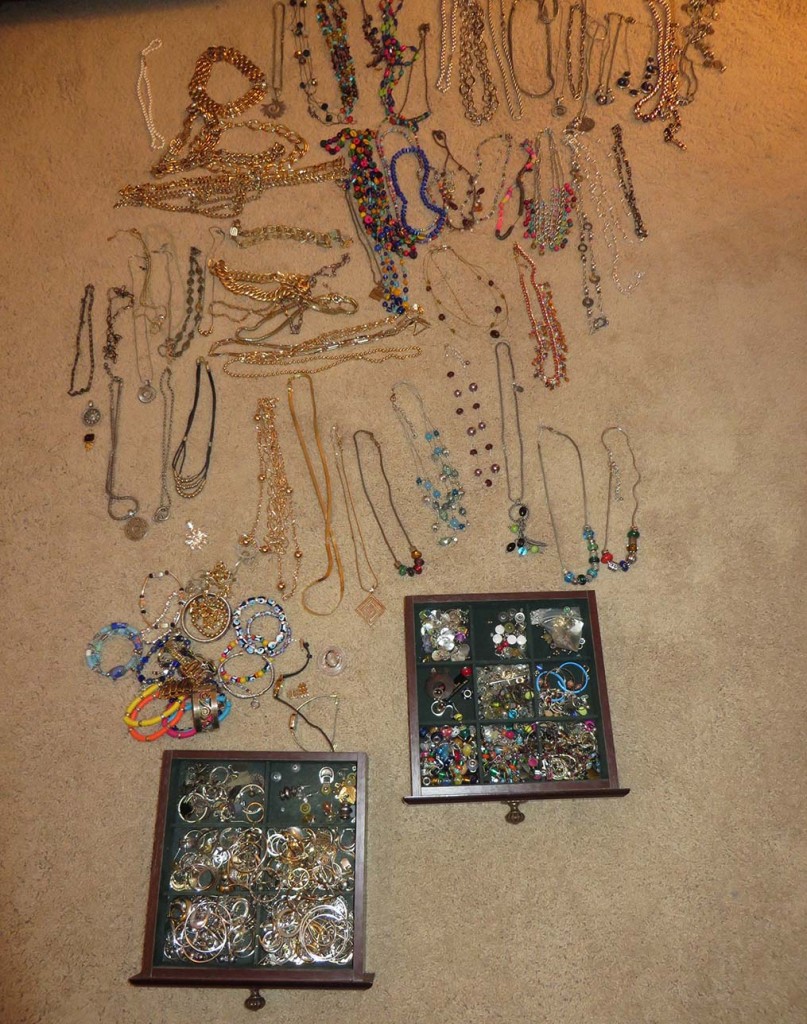 It was hard to pick things to “bless somebody else with” (as Flylady says), but I packed about five medium-sized Ziploc bags with earrings, necklaces and bracelets that I seldom wore.

Was surprised to find I had several duplicate necklaces, too; guess you know you really like something when you buy it three times!

There was still too much jewelry to consolidate and fit neatly in the armoire, so I decided to use the funky wooden nightstand that sits next to it for jewelry storage, too. It had a lot of cute little drawers that I’d never filled with anything. 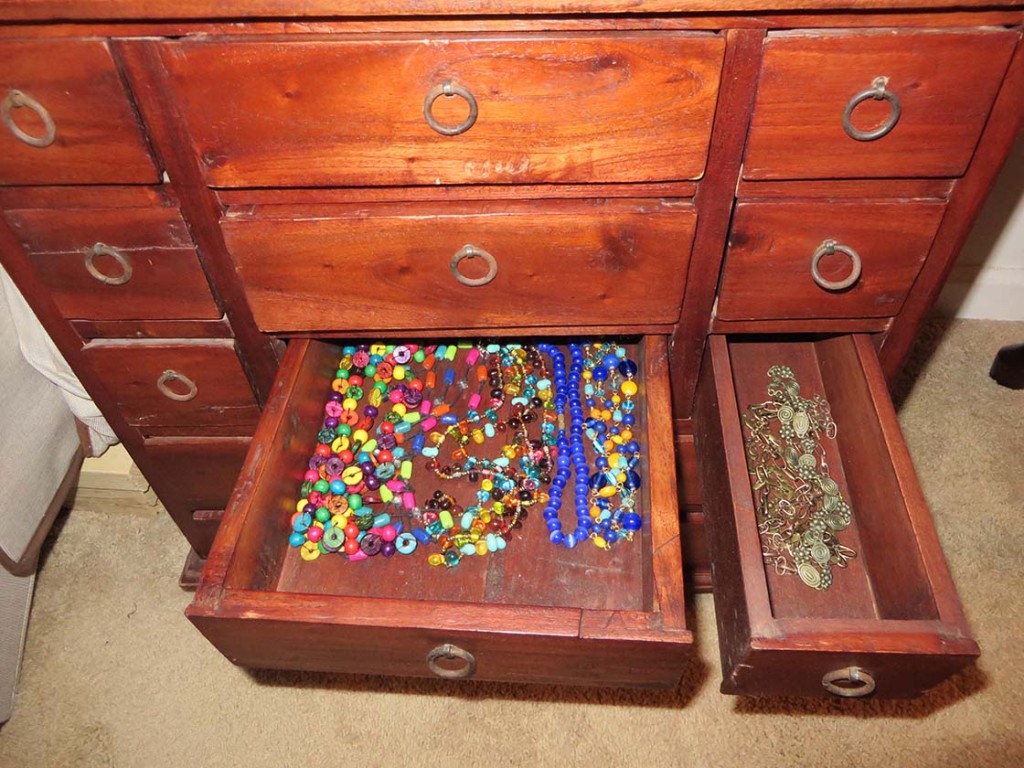 I put beaded, colored necklaces in some of the nightstand drawers — sorted by color — and put silver and gold necklaces in separate areas of the armoire. 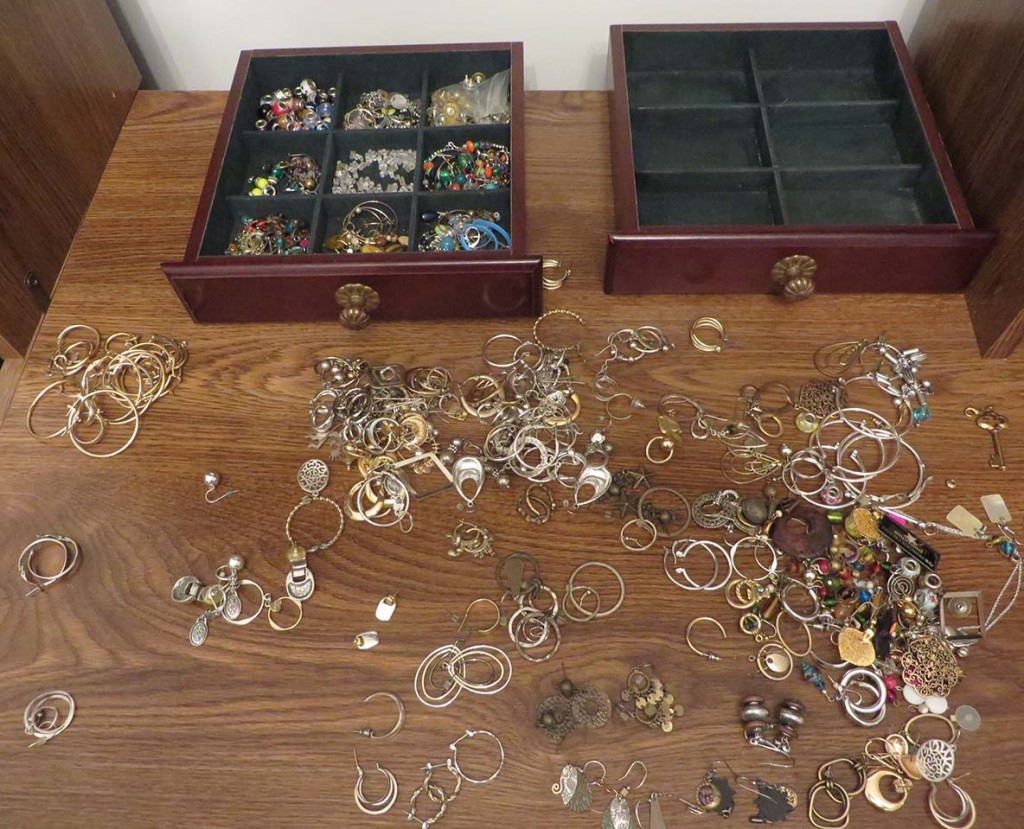 Took every single earring out and sorted them, tossed quite a few single earrings and put the best sets back into three drawers in the armoire, instead of two formerly used for them. Sorted those, too, by silver or gold, and colored pairs.

The whole decluttering jewelry project took about 8 hours — but everything is so much neater! 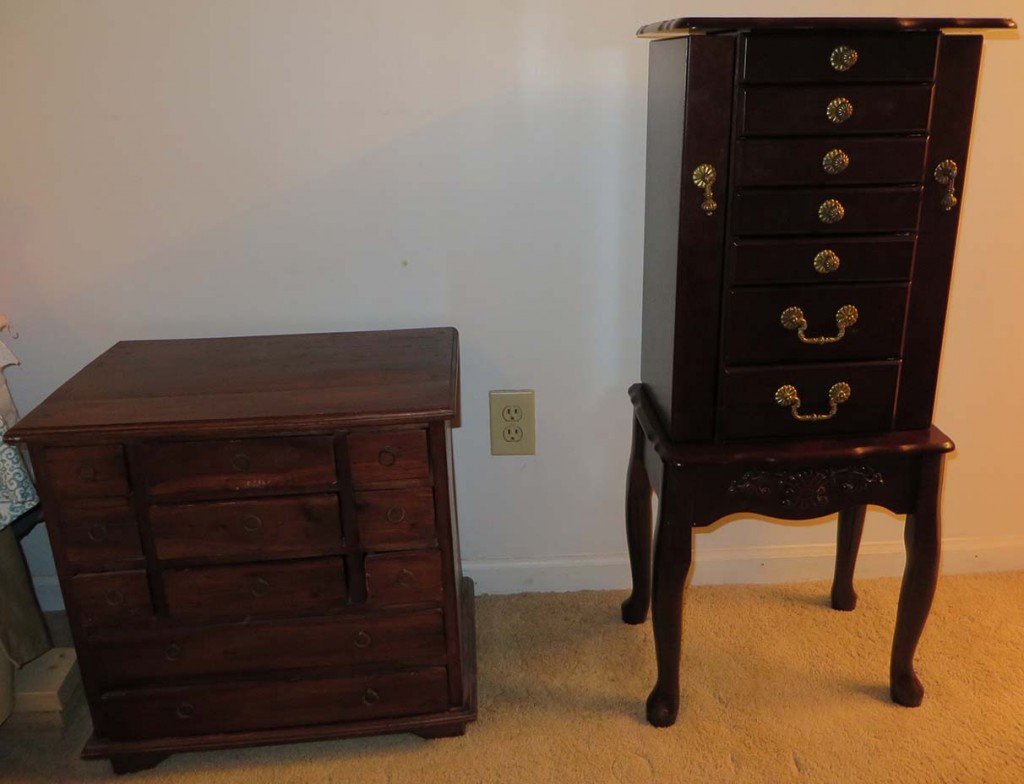