Posted on July 4, 2017 by blogqueendiane 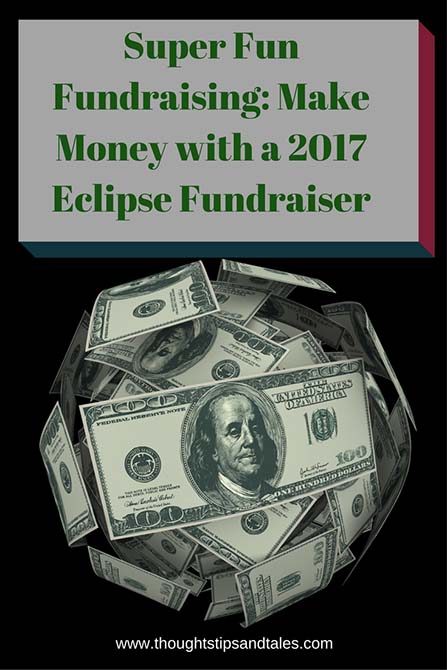 Who would have ever thought that a natural phenomenon would be the source of so many super-fun fundraising possibilities…? And the opportunity for an eclipse fundraiser doesn’t come along very often, either!

Promoting items related to the upcoming Great American Eclipse of 2017 (Aug. 21) can be a tremendous money-maker for your group or organization, and the source of a lot of fun — but you need to start now!

If you’re located in a city along on the Path of Totality through the U.S., you’re really in luck! But even if you aren’t, you’ll probably have a partial eclipse that day, so you can get in on the fun, too.

First, assume virtually every person alive Aug. 21 will want to check out the eclipse.

1–Since scientists warn everyone not to stare at the sun during the eclipse with regular sunglasses or the naked eye, everyone will need certified eclipse glasses. Sell them as a primary eclipse fundraiser.

Buy low-cost paper eclipse glasses that meet the International Standards Organization (ISO) requirements set by NASA and the American Astronomical Association — in the largest quantity you think you can reasonably sell. (The more you buy, the lower the price.)

Decide a fair price to charge buyers (we charged $2 for the first 4,500 sold and $3 for the last 1,000 sold) — and promote the heck out of (1) The eclipse itself (2) The fact that everyone needs to wear approved glasses for safety (3) That it’s a great opportunity to conveniently buy glasses for family members,  neighbors and friends.

I’m on the board of directors of the employee services association where I work (which happens to be in the Path of Totality) — and we bought 5,500 pairs of certified eclipse glasses and they sold like hotcakes! (I’ve run a lot of fundraisers in that environment, but have never seen anything like this. The glasses almost sold themselves.) We raised nearly $9,000 while keeping employees and family and friends safe at the same time. 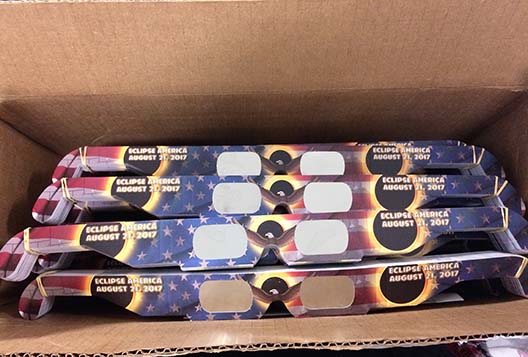 We initially ordered 1,000 , and sold more than 500 of them during a one-hour period in our main office the first day we offered them for sale! The first two customers bought 30 pairs each.

Volunteer sellers in other buildings who’d been given a supply to sell at the same time sold out quickly, too. One woman sold 50 glasses to a single buyer – and so did I!

While waiting for the second order for 1,000 to arrive, we placed a life-sized cardboard “man” wearing a pair of the eclipse glasses in a high-traffic location, to draw attention. We displayed a sign in front of him stating that the first order of glasses sold out, and asking people interested in buying them to email me to be added to the waiting list. In the next two days, about 75 people ordered 247 more glasses. It went on from there, and we placed a total of 7 orders with the vendor, until they ran out of glasses! 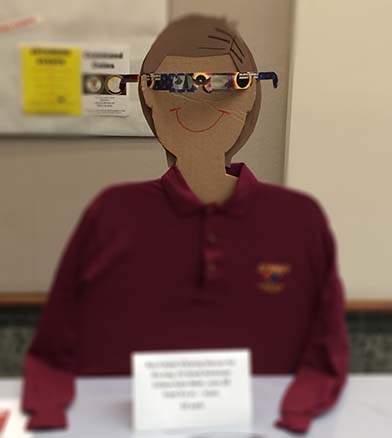 Before you undertake this sale, it’s a good idea to do the following things.

2 — Plan eclipse- and solar-related events to hold the day of the eclipse and the week before the Monday eclipse — for a week-long Eclipse Celebration. Google “eclipse parties” and check Pinterest for eclipse fundraiser ideas, too.

Some auxiliary fundraising and interest-generating ideas: 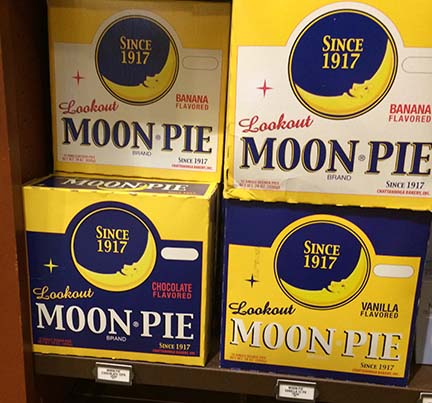 Let your imagination go wild and have fun with it! After all, this eclipse will be a once-in-a-lifetime event for most people — so live it up.