Posted on October 7, 2014 by blogqueendiane 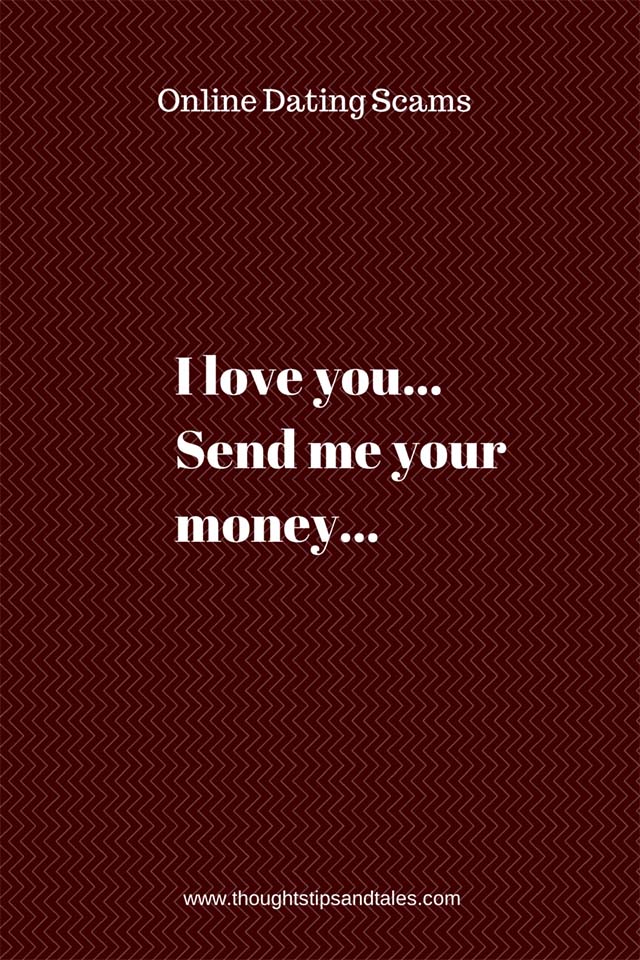 Let me tell you about a common online dating scam. It happened to me and it could happen to you…

This really good-looking man wrote me and poured on the flattery. Endlessly. Seriously, it was just ridiculous.  (Red flag)

He said he was so taken with me that he “removed his profile” right then. (Red flag)

His grammar and writing style indicated that English wasn’t his native language. (Red flag) It wasn’t horrible (like the emails from scam artists who misspell every other word and use broken English while telling a crazy story like you’ve just come into an inheritance you knew nothing about, etc.) but it wasn’t normal, either. He said that he was Italian-American. Hmmm.

He avoiding answering nearly all of my “get-to-know-you” questions. (Red flag)

He said he was in Europe for a few weeks making “million-dollar deals” — and made other similar statement to try to impress me with his wealth. (Red flag) When I asked when he was returning to the area, he didn’t answer.

He sent a photo of a cute little girl who supposedly was his granddaughter that he was raising, but said that he couldn’t tell me details about how that occurred “because it was too traumatic.” (Play on your sympathy)

He asked me, “Do you own your house?” That, clearly, is not a typical “get-to-know-you” dating question. (BIG red flag)

When I got really suspicious after that question and asked him a pointed question that anyone who really lived in this area would know, he didn’t answer it.

Then he asked for my phone number. (BIG red flag, since it’s easy to do a reverse phone number look-up online to find someone’s address)

When I wrote back and explained that he was a total stranger I’d never seen in my entire life and that I didn’t give my number to men until I knew them well, and I’m sure he would give his granddaughter the same advice if she were me, he responded with an angry tirade, and ended the correspondence.

Although the whole incident seemed wrong, a small (hopeful) part of me thought maybe he was simply an old-fashioned, temperamental Italian-American.

But when several other men with good-looking profile photos wrote after that and followed nearly the same pattern, I knew for sure it was all an online scam.

Come on, guys, I’d love to have a good-looking, rich boyfriend, but I’m not that desperate — and not crazy!

I don’t know exactly what the writers’ intentions were in these cases (robbery? extortion? murder?), but I knew it wasn’t good. Apparently online scammers target older, successful women who may be vulnerable.

Don’t mean to rain on anyone’s parade… but if a man with a great-looking profile photo writes to you via an online dating website and follows this pattern, please be very careful and don’t reveal any personal information.

Each of these men’s dating profiles disappeared after they initially wrote, making it impossible for me to notify the company of suspected fraud…

For more online dating safety tips, check out Dr. Phil’s insightful article titled “How to Tell if You are Being Baited by a Catfish” and the wikihow article “How to Spot an Online Dating Scammer.”