Highs and Lows of November

Posted on December 2, 2014 by blogqueendiane 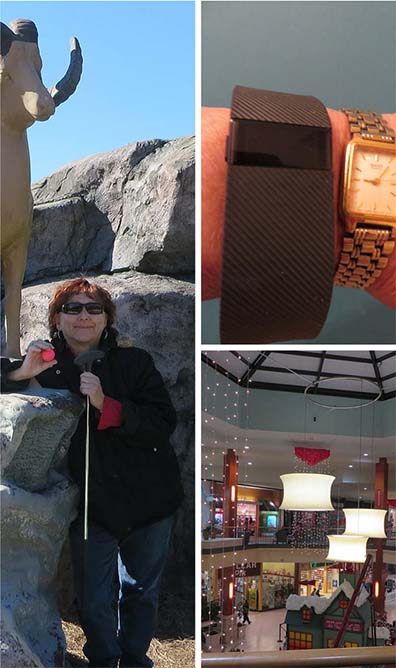 Can’t believe it’s December — and the holidays are coming right up.  November flew by! Here’s a recap.

1) Did my first webcam phone call ever — very cool! I could see my son, his wife, and their

dog while we talked over the computer for free. When I was a kid, everyone thought it would be a “Jetsons” experience to actually see who was on the other end of the line — although experts predicted it would happen one day. And we just did it. Wow. 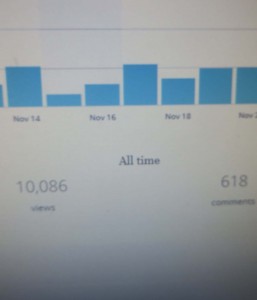 3) The blog also had a few record-breaking days of hits in November, too. People seemed to look up adult advent calendar gift ideas quite a bit.

4) Went to a Myrtle Beach weekend scrapbook retreat (and had an oceanfront room — aaahhh). Met J, who’d formerly lived near me. We’d seen each other at kid-related events over the years, but had never formally met. She just retired, and she started doing stand-up comedy because it was on her bucket list. The way she described her “gigs” at a family restaurant (where every diner had to cross in front of her during her act and the staff yelled out the order numbers whenever she took a breath) and at the local bowling alley was hysterical.  Loved her feisty attitude!

5) Got a new Fitbit Charge to replace the Fitbit Force I returned. After losing it (up my sleeve, it turned out after a frantic 20-minute search…) the second day, it’s been great. A blog post review of it describes the new product.

6) Finished running the remainder of the 12 or so charity fundraising events I foolishly volunteered to do at work; this month we did a golf putting contest (the winner got 10 holes in one in a row, which was amazing to watch!), and a ping pong tournament. The guy I played in the tournament kept saying, in amazement, “You’re really good!” (Geez. Did he have to act so surprised?)

7) Took Sylvia on a road trip to my son and daughter-in-law’s house about 350 miles away for Thanksgiving. We had the best meal ever at a hotel ballroom- it was like a superb home-cooked meal. Then my son and I went to a place called Funopolis and played 36 holes of mini-golf (see photo above; I wasn’t really out west standing next to a wild animal) and some air hockey before I left for home.

8) Started Christmas shopping in earnest and did something I said I’d never do: went to a mall (while out of town) on Thanksgiving evening, although I’m against it in principle. It was actually very nice, and while there were quite a few people there, it wasn’t frantic and the cashiers weren’t mobbed like on Black Friday. It was like friends and families just came out to the mall to hang out after Thanksgiving dinner.

9) Tried a fun Polga class. (What the heck is that? Watch for the blog post coming soon!)

10) Have had horrible neck and shoulder pain (not so good) for three weeks; got temporary relief with a great massage, but it still hurt like crazy after that. Finally figured out what caused it — my stand-up desk at work and incorrect monitor placement! Had it reluctantly removed and that seemed to have fixed everything (good)!

Still want to rig up something to be able to stand part of the day at work. (Have never had a bit of trouble using my stand-up computer desk at home for 2+ years, but the one at work connected to the work station platform and forced you to stand too far away from the monitor; found myself always leaning forward, and then looking up at the monitor — when it should’ve been set up to view straight.) Sometimes you learn things the hard way…

Hope you had a good Thanksgiving holiday and your December is great, too!

5 Responses to Highs and Lows of November