One for the Money: A Book Review 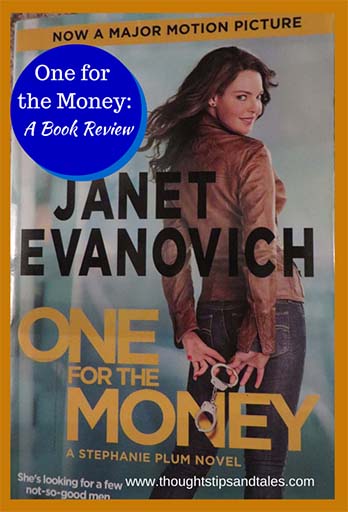 One for the Money by Janet Evanovich is fast-moving, exciting, suspenseful — and laugh-out-loud funny, too.

Sassy Stephanie Plum loses her job as a lingerie buyer and ends up working for her uncle Vinnie as –what else? — a bounty hunter. Never mind that she has no idea what she’s doing. And that she had a brief high school fling — and a resulting love/hate relationship — with the guy (who’s now a hunky ex-police officer accused of murder) she’s attempting to bring to justice.

The people in Stephanie’s life are colorful, too, which adds to the fun: her lovable but kooky Grandma Mazur; her pet hamster, Rex; her super-hot bounty hunter mentor, Ranger; her street-smart “snitches” and the elderly tenants in her apartment building.

This tale about zany adventures in Trenton, New Jersey, is a rollicking good read that you won’t want to put down.

***When you’ve finished it, skim the synopses of the next volumes in the series   — published in the back of the book. They’re very intriguing, and build on the characters in this kickoff book. You will definitely want to read more!

2 Responses to One for the Money: A Book Review