Posted on August 7, 2018 by blogqueendiane 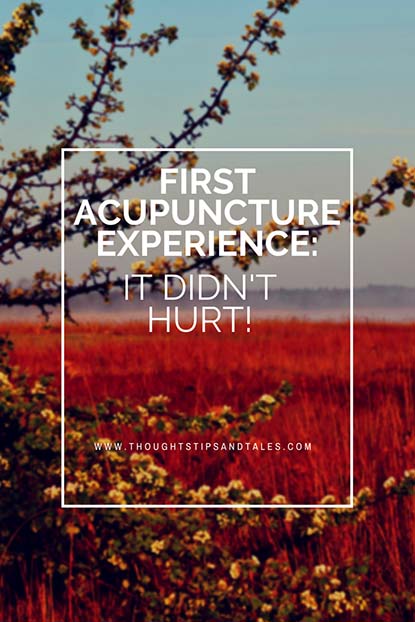 I’ve always been curious about acupuncture and have friends who swear it cures about everything you can think of. So when a new franchise acupuncture place opened nearby and offered a free first acupuncture session, I jumped at the chance.Modern Acupuncture was just what its name implied. The “office” part was sleek and modern with minimalist furniture — and people signed in on a computer. 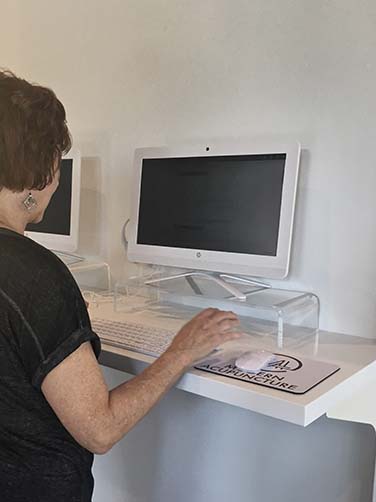 I was surprised because (despite the name) I guess I expected Old World Asian decor. The woman at the front desk (Zen Adviser) did offer tea, though.

After the sign-in, she had me watch an educational video. 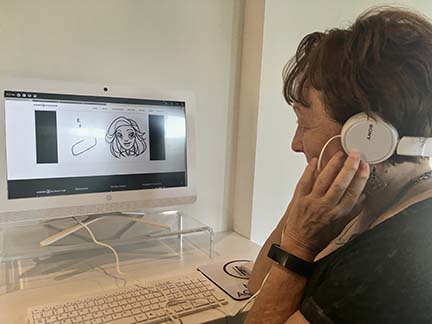 Then she took me to the Zen Den through a giant wooden door. 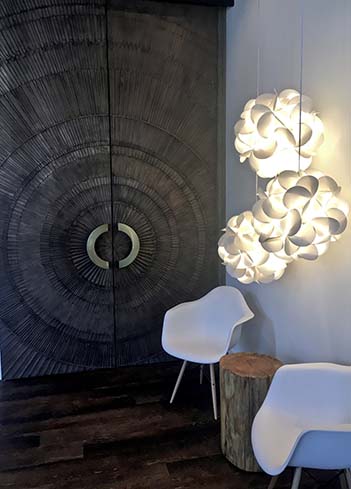 The inside of the Zen Den was another surprise: eight “stations” outfitted with zero gravity chairs (which I’d never seen before) were set up, with white curtains between clients. (It reminded me of a fancy hospital emergency room!)

The Zen Artist (aka the acupuncturist) had me sit down in the end section and the first thing I asked (before any needles were detected) was “So….what kind of education do you have to be an acupuncturist?” 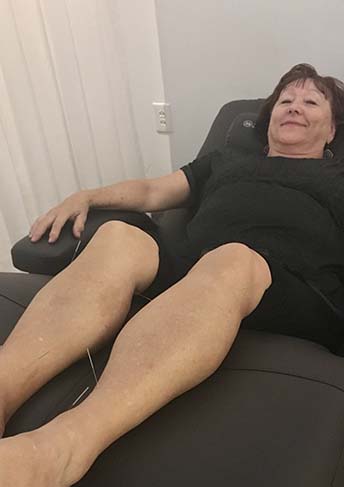 She explained she had four years of medical school, focusing on anatomy.

Since I didn’t have any real aches or pains for this appointment, I told her I was there for stress (true enough). She asked where I feel the stress, and I said in my shoulders. She explained she’d insert needles into places on the body that correlate with shoulder tension.

Then she began inserting very thin needles — about 10 in all — beginning with both ear lobes. Needles went in my arms, near the elbow, and in my legs several places, too. 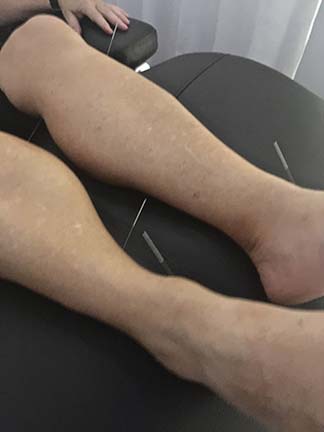 I am a needle-phobe — the idea of someone drawing blood makes me faint. So the fact that I voluntarily let someone insert needles in my arms and legs — and the fact that it didn’t really hurt — was pretty amazing. The one needle on the side of my leg near the knee didn’t feel great going in, but that’s probably because I was sort of freaking out thinking, “OMG! What if she puts it on the back of the knee! That would be excruciating!”

After the two-minute needle insertion, the Zen Artist told me to be sure to let her know if I needed anything and that she’d return in 25 minutes. And she was gone.

A flat-screen TV was mounted at the end of the curtains showing a series of beautiful nature scenes and spa-type calming music was playing.

The next 25 minutes probably would have been relaxing but my friend snuck in then and quickly and quietly took some photos of the needles, and when she left I whipped out my phone camera and took more photos.

I could tell that several other people had entered the Zen Den and guessed there were at least 3 others in the room, and I could see the one woman darting from person to person to insert needles and talk quietly to them. It was all very efficient.

I left the Zen Den — and that was it!

I can’t really say whether the session helped my stress or not, because who knows if their shoulder muscles are looser (???) but it was definitely an interesting experience!