Norwegian Cruise to Spain and Africa: Day One 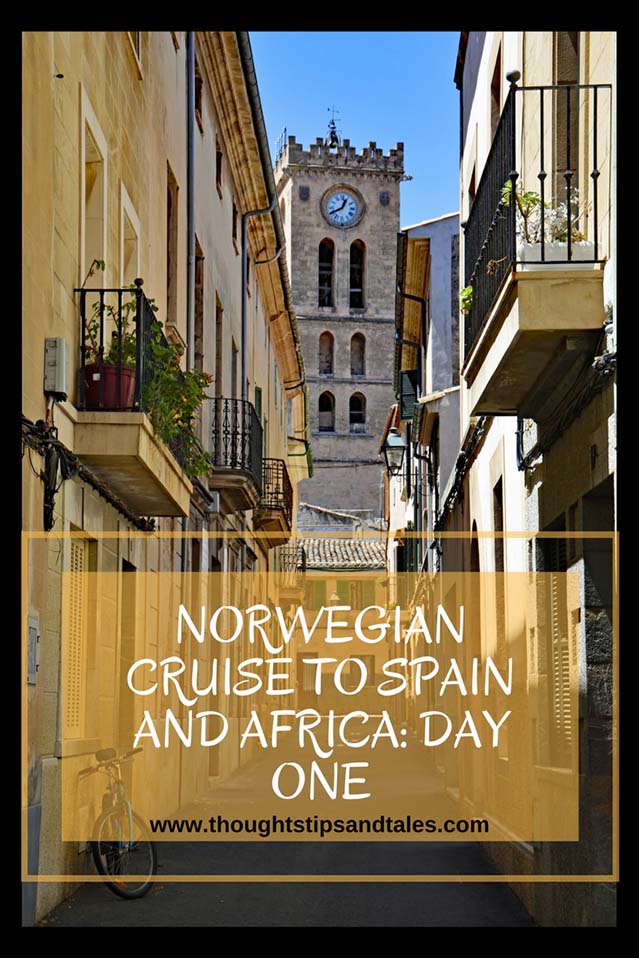 My friend and travel buddy Merry Ellen and I found a cruise itinerary of a lifetime — a 10-night cruise to Spain and Africa. The trip went along the coast of Spain, stopped at the Canary Islands and visited Morocco, Africa, too.

The cruise was on Norwegian Cruise Lines, which we’d never used in our years of extensive cruising, but since no other line offered that itinerary, we booked the cruise months in advance — and we couldn’t wait to go!

The reality was a little different than the original plan, but not in a bad way — and it was a wonderful trip!

When departure day finally came, we both traveled from our homes in different states and met in JFK airport in New York, where we continued the flight to the point of origin in Barcelona, Spain. 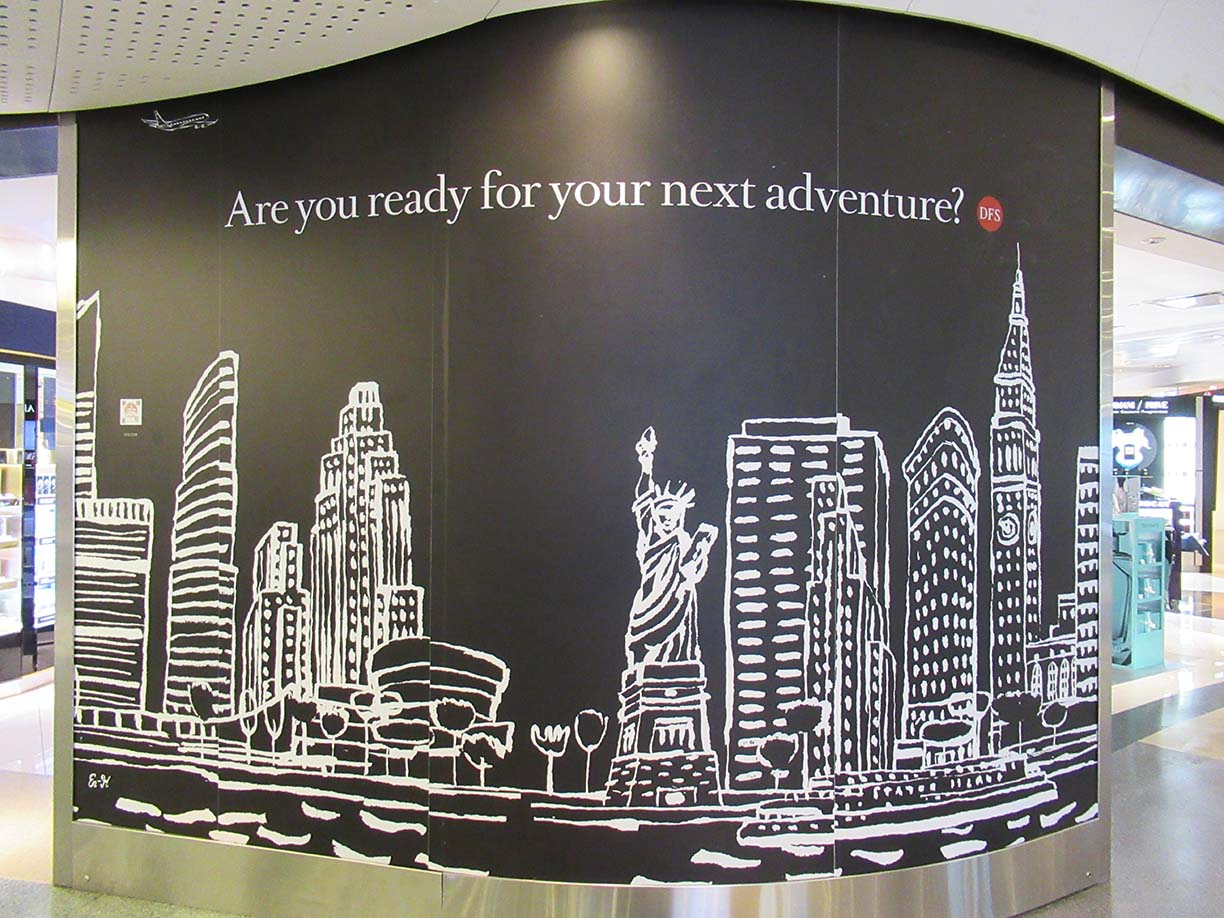 As the sign in JFK said, we were ready for our next adventure — and we even had a little excitement the night before we left home when we downloaded the airline apps (Delta and Air France) and found that Air France — the airline we were taking home — went on strike that day! But we figured as long as we got to the cruise ship, we’d worry about that later… 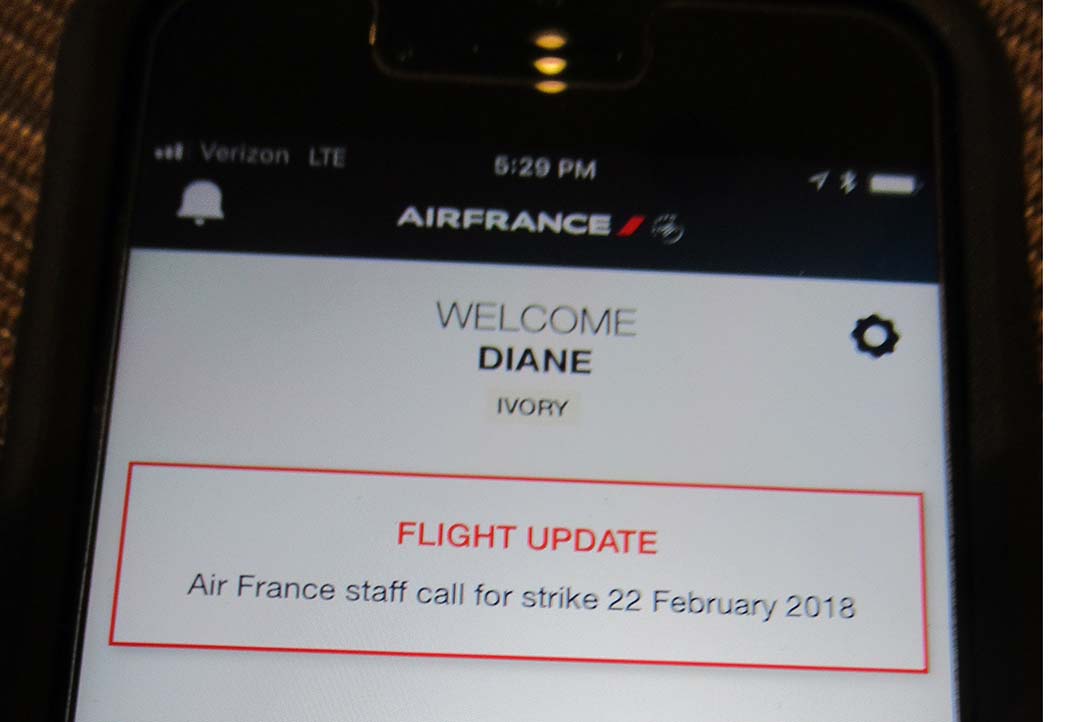 We got on the plane to Barcelona about 7:45 EST and were served dinner about 11 p.m. and breakfast at about 2:30 a.m. — and that’s when they turned on all the lights in the plane and made everyone wake up for the 3:30 a.m. arrival. Short night!

Amazingly enough, our luggage showed up at the same place we did (that hasn’t always happened on previous foreign cruises!) and the arrival process went smoothly.

As soon as we got through customs and picked up our luggage, we walked into the arrivals area of the airport, and there stood a man in a suit holding an iPad with my name on it! (I’ve always wanted to have someone hold up a sign with my name on it in the airport – to feel like someone rich and famous!)

Our driver, who was extremely friendly and personable, told us a little about Barcelona as he drove us to the pier. He’d lived in the U.S. for a quite a few years and moved back to his Spain homeland later in life, so he had an interesting perspective.

Once he dropped us off at the pier, we checked in — and found out that a huge storm was predicted for the Canary Islands, and we weren’t going to be able to visit there for safety reasons.

The itinerary had changed significantly; we no longer were going to visit Funchal, Portugal (which we’d been looking forward to, having never been to that country), either.

Instead, the cruise line added a second day in Morocco – in Tangier (which we considered a big plus), a day in Marseille, France, and several new ports on the Mediterranean in Spain – Cartegena, Palma de Majorca and Malaga. Those additional ports of call more than made up for not visiting the Canary Islands.

After check-in, we had lunch and checked out our room (the amazing upgrade to a balcony cabin we got by “bidding” $100 each over the price we paid for an interior cabin). 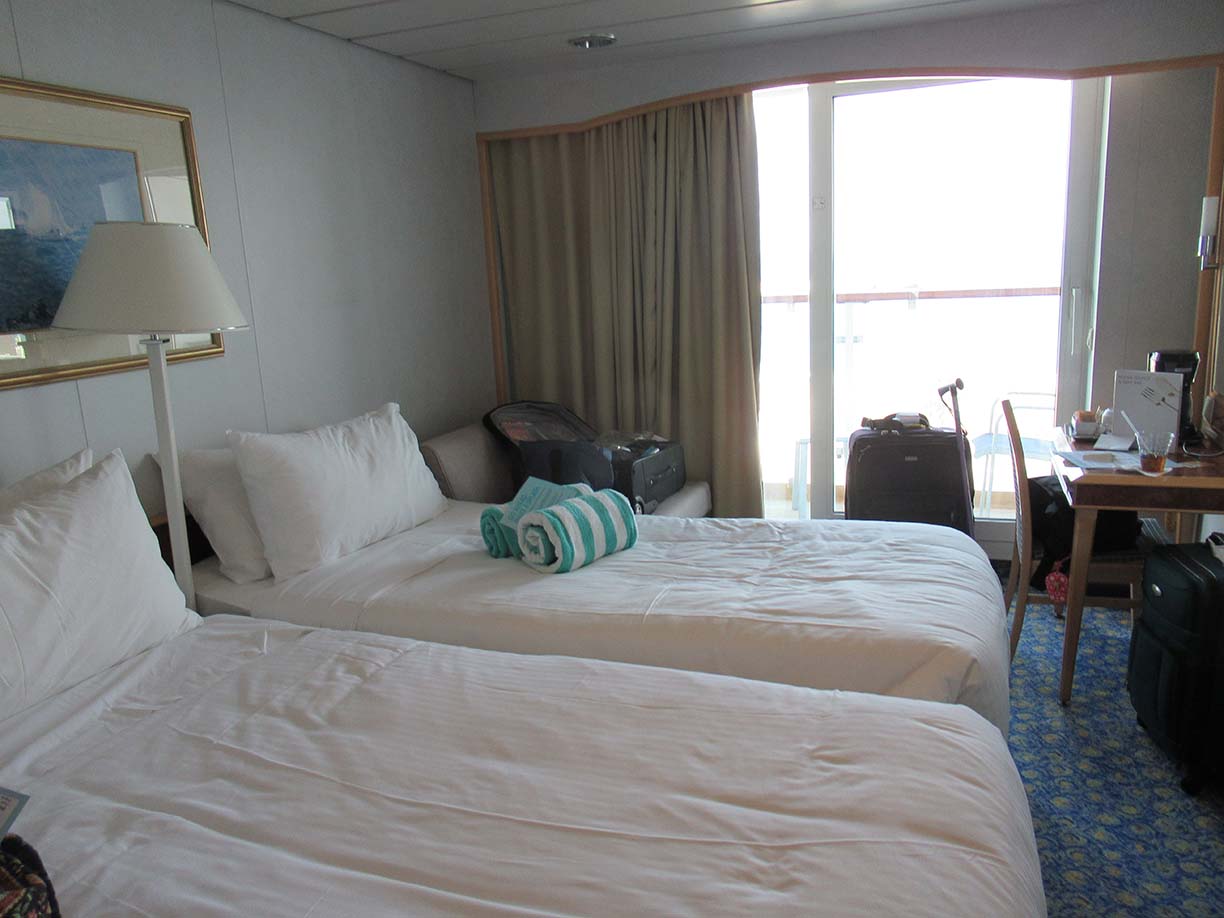 Then we took a free tour of the ship which was interesting and extremely helpful.

We learned an amazing fact:  you can tell whether you’re in the fore (front), aft (back) or midship at any time on Norwegian by looking at the color of the carpet! Green carpet is in the aft, red is in the front and blue covers midship. That single piece of information was invaluable during the whole trip – and we used it a lot! 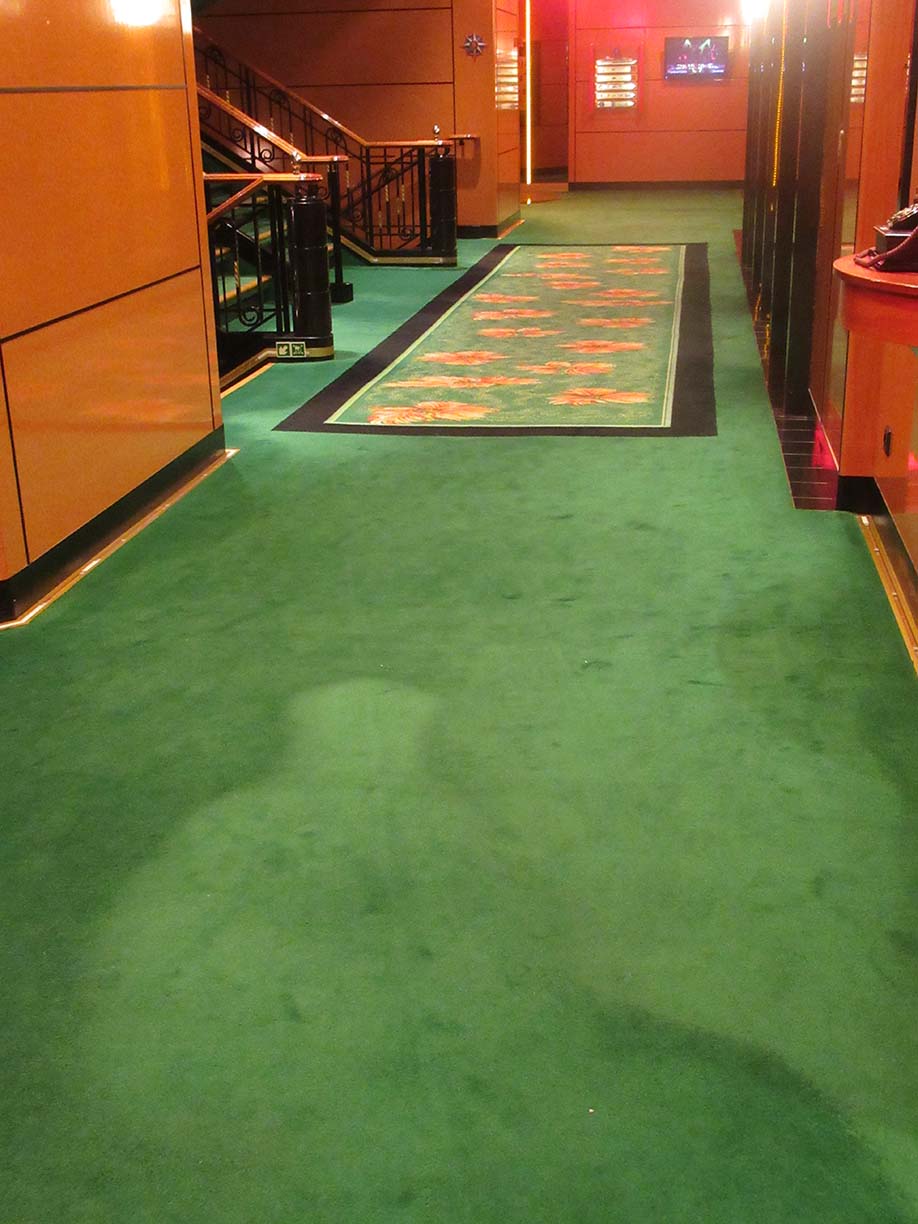 The ship, Norwegian Spirit, was a smaller vessel, too – with about 2,200 passengers – which made it easier to begin with — so that, and the knowledge about the carpet colors denoting what section we were in, made getting around the ship a breeze.

Since we lost six hours traveling from the U.S. to Spain and had to stay up many, many hours to beat the time change and get our sleep on a normal pattern, we decided to go ahead and sign up for shore excursions in the new ports of call. The most fun new adventure we planned was to ride a camel in Tangier!

At one point, we came back to the room to unpack our suitcases. That’s when we realized that we had the world’s smallest cabin — and we’ve cruised on four different lines.  There was hardly any space to store our clothes, and we had to walk past the end of the beds one at a time (and sideways) to get from one side of the room to another. Also, weirdly enough, our twin beds were shoved up practically right next to each other, with a wacky, nonfunctional floor lamp “spacer” in between them, because there was so little space. The couch next to it could only have seated two Munchkin-sized people. 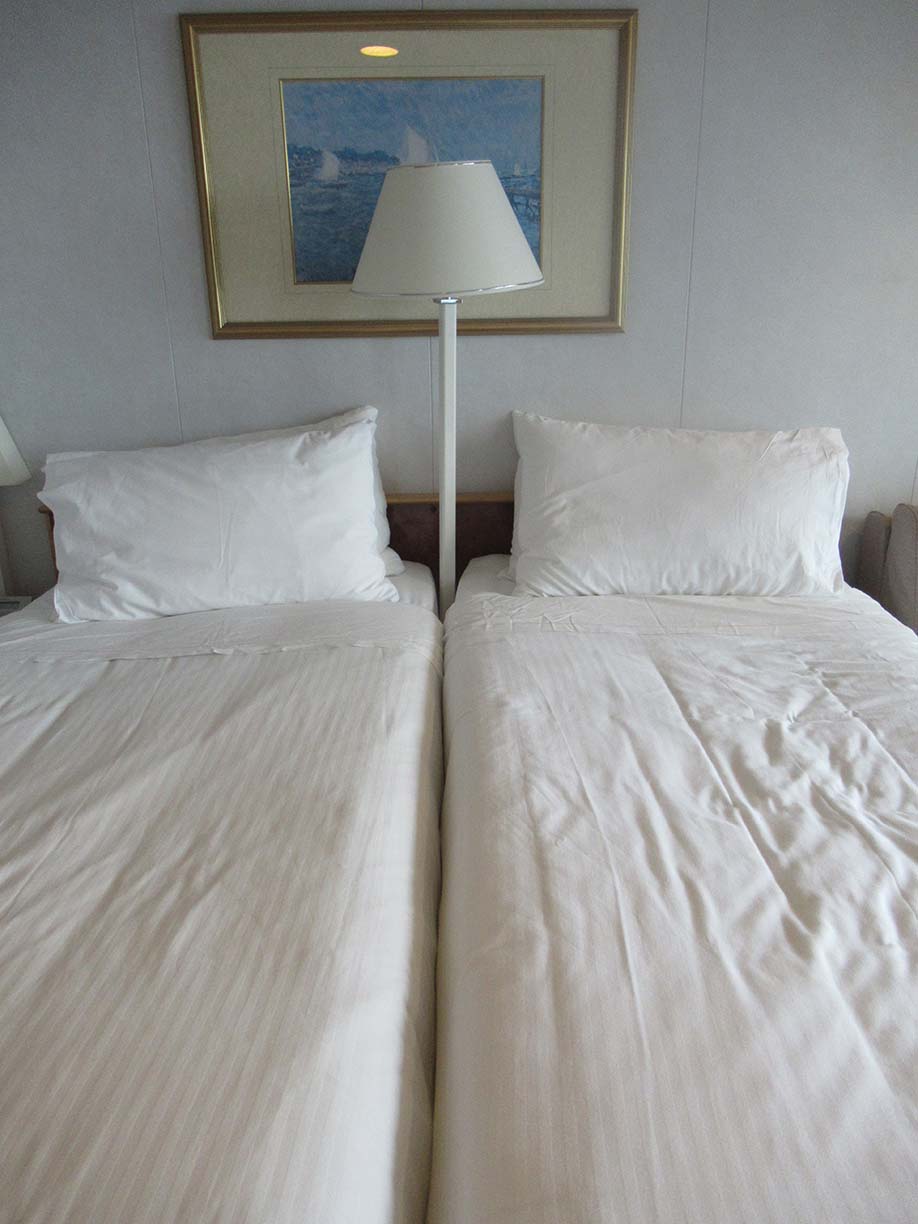 We also discovered then that the room only had a single electric socket — to charge our phones and Fitbits, and to use our curling irons. Yikes! Luckily, Merry Ellen brought a 3-way electrical converter (which we were scared to plug more than two items into at once for fear of burning down the ship), and that was a great help. 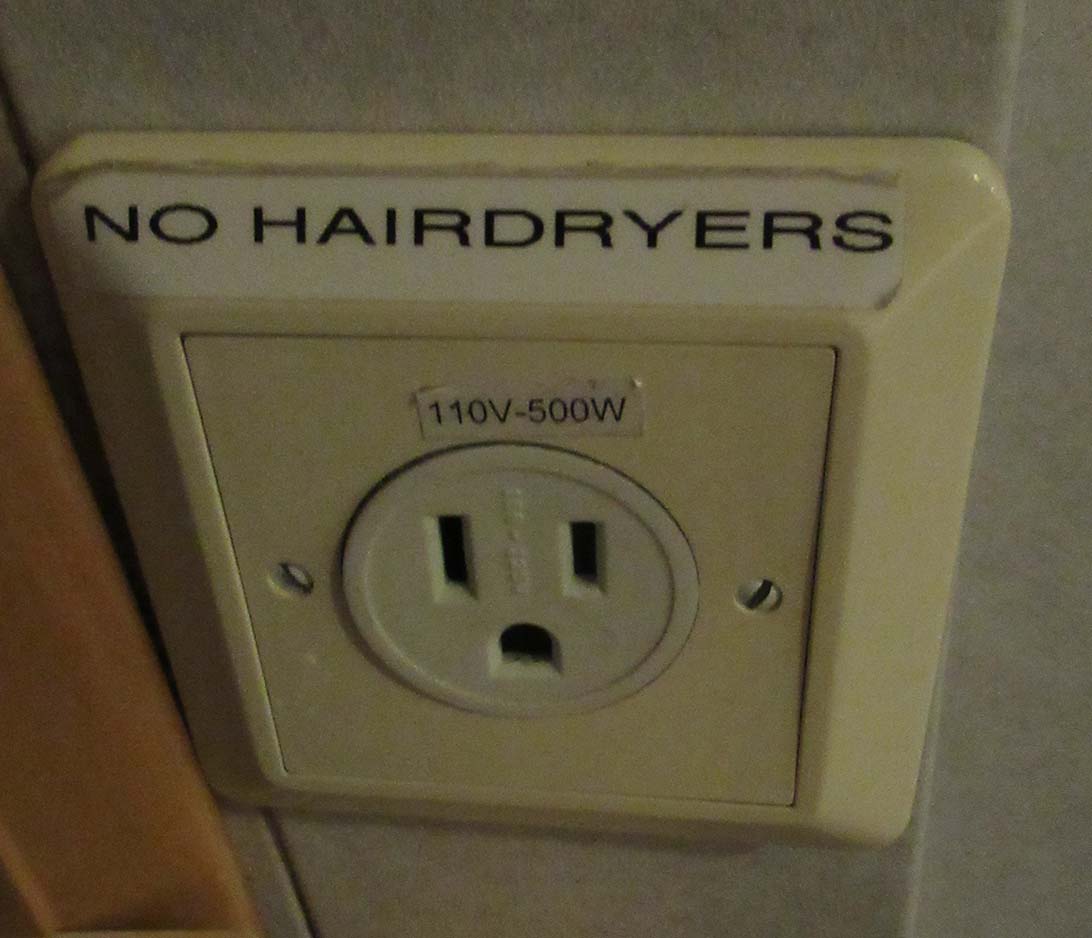 We ventured out again to buy soda fountain drink packages — and were disappointed to find the ship served Diet Pepsi instead of our beloved Diet Coke — but at least the drinks were from the fountain (fizzy) instead of bottles (like on Celebrity the previous cruise).

We were able, too, to buy a 12-pack of one-liter bottles of water, for a discounted price, and store them in the refrigerator in our cabin. They were great to take along on shore excursions — and buying them in bulk cost a little over $2 each compared to the $5 retail price for a single bottle on the ship.

We ate in the formal dining room for dinner that night and sat with a couple from North Carolina who’d taken lots of cruises, so the conversation was lively. And then it was finally 9 p.m. and we could crash after a super-long day and only two hours of sleep — and look forward to the days to come!

4 Responses to Norwegian Cruise to Spain and Africa: Day One