South America Cruise: A Day in the Falkland Islands 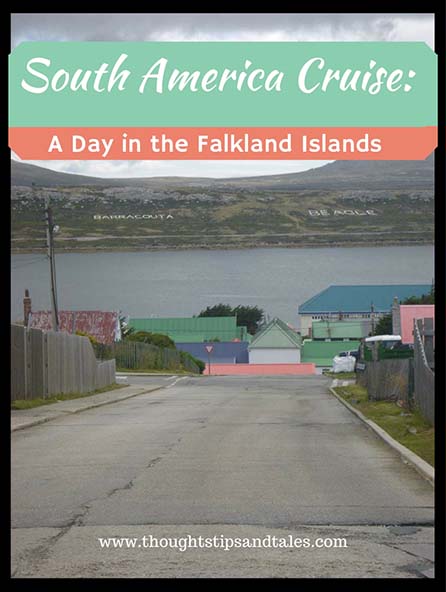 Before my South America cruise, I’d never heard of the Falkland Islands — a remote group of 700+ islands off the tip of South America — but a day exploring Stanley, the capital on the largest island, was really fun.

The cruise ship anchored offshore and we took a tender to the largest island — East Falkland, where Stanley is located. 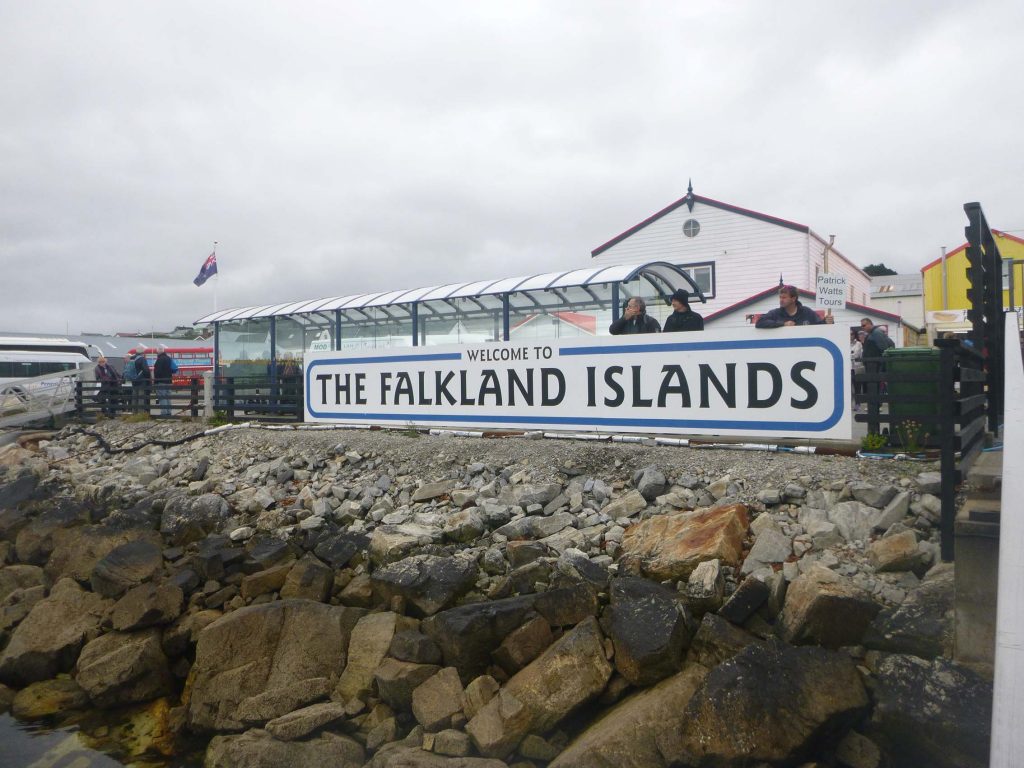 When we landed, we hopped on a bus for a two-hour island tour. We learned during the day that control of the Falklands was the cause of a 1982 war between Argentina and the United Kingdom (they both claimed it belonged to them), and that some live land mines were still there. Yikes!

It was a quaint, old-fashioned little island, with red phone booths and colorful houses. 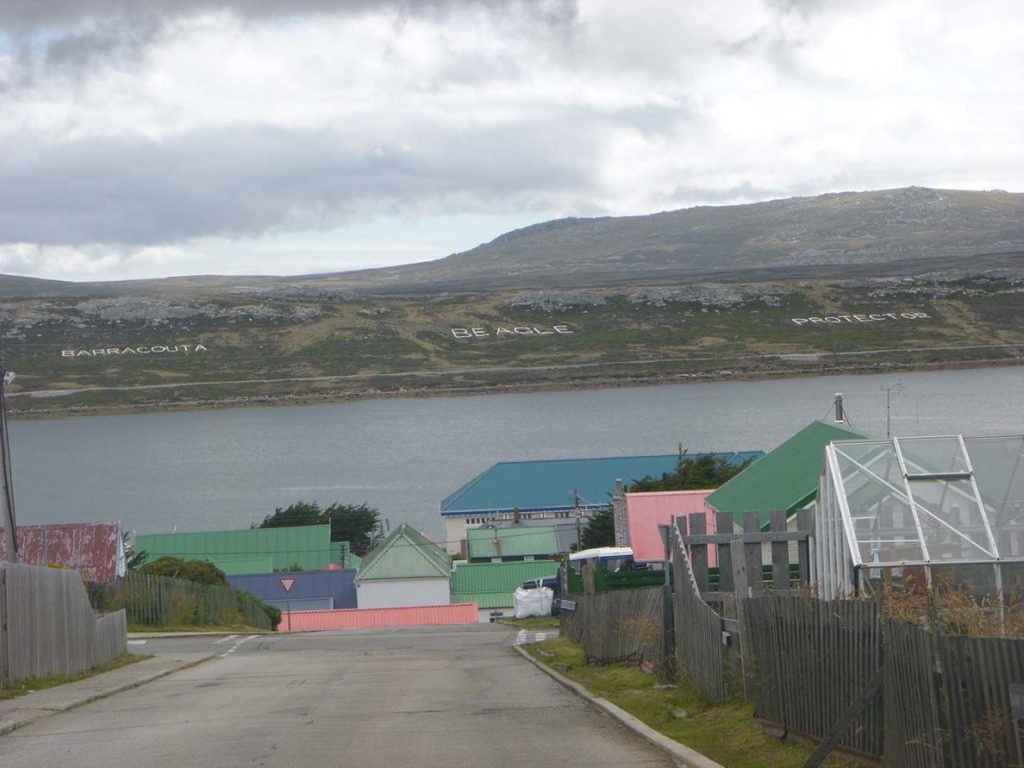 We got off the bus and saw the famous Whalebone Arch and the beautiful Christ Church Cathedral. 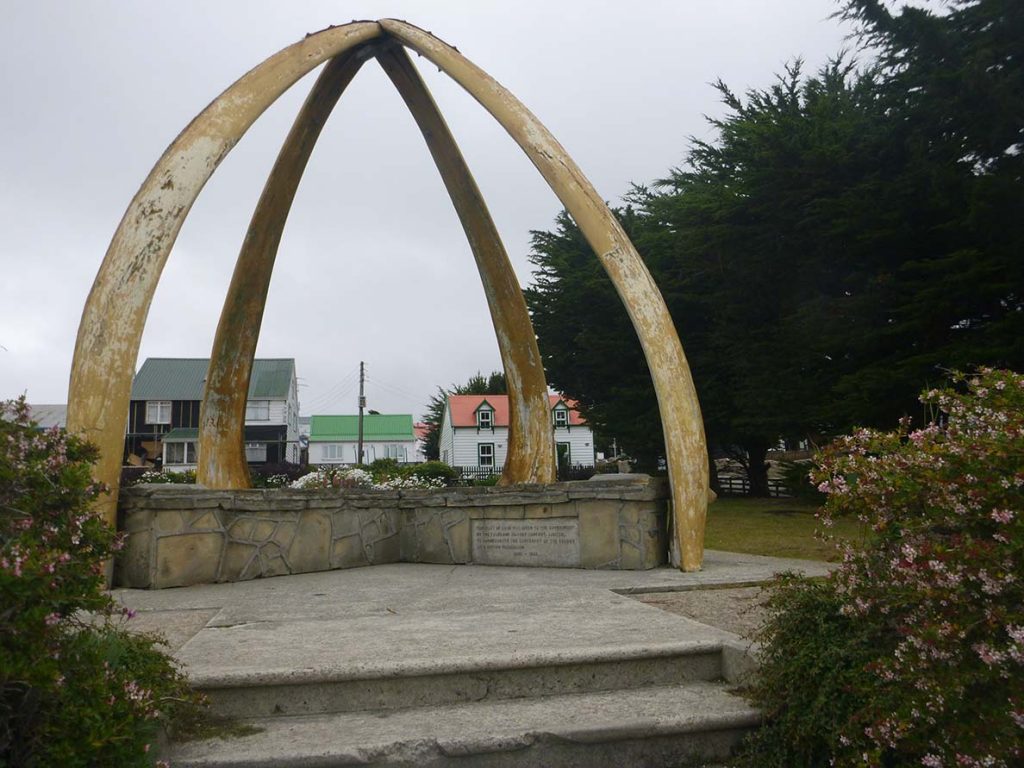 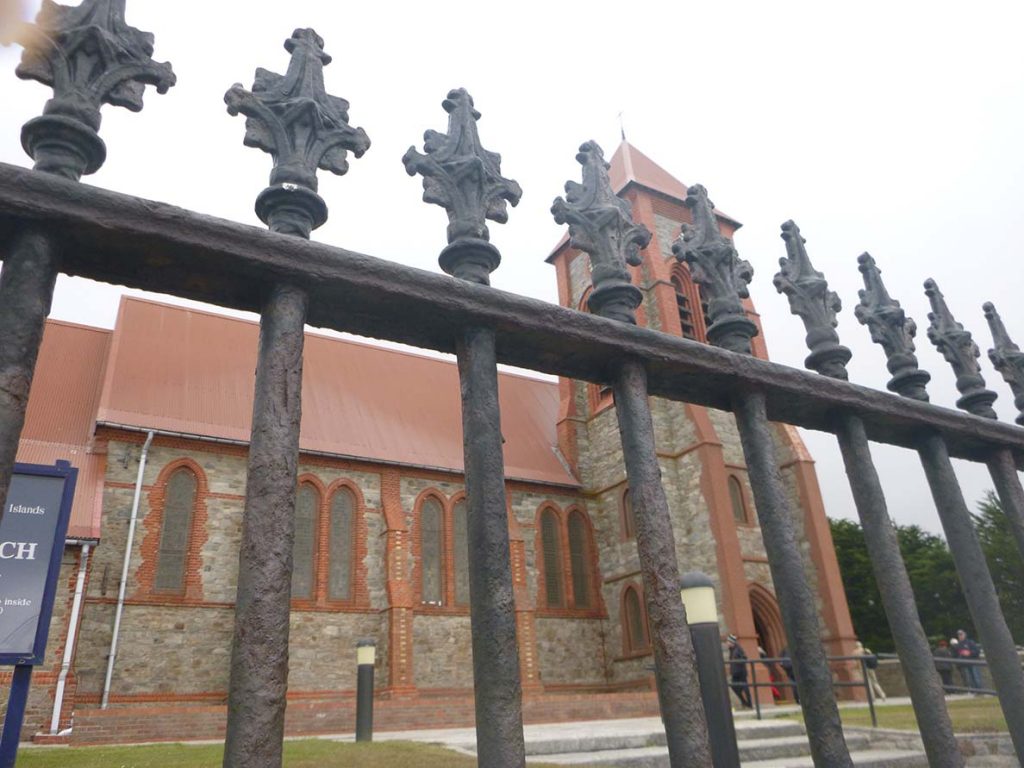 We also walked through the Historic Dockyard and Museum (I’m not a big history or museum buff, but the museum was very interesting!) 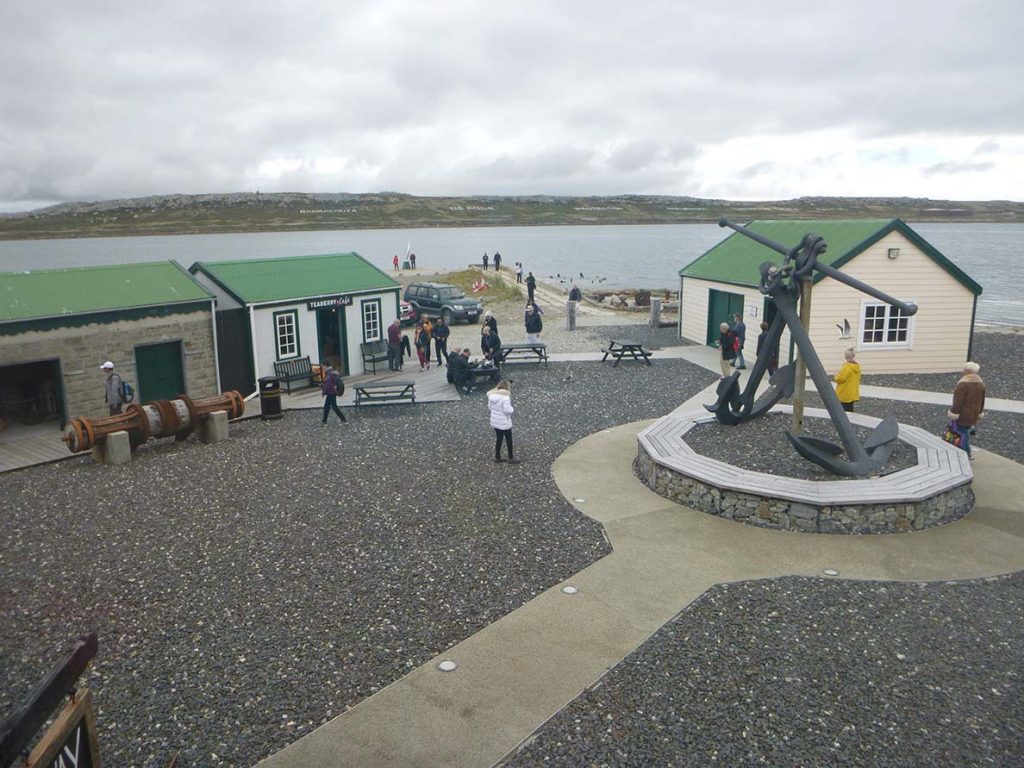 Of course, we went shopping, too.  Boy, do they sell a lot of penguin souvenirs! That’s because they have a number of penguin rookeries filled with various types of penguins. (We’d already seen penguins at another stop, so we didn’t see the ones here.) But they had a wide variety of wacky penguin hats! 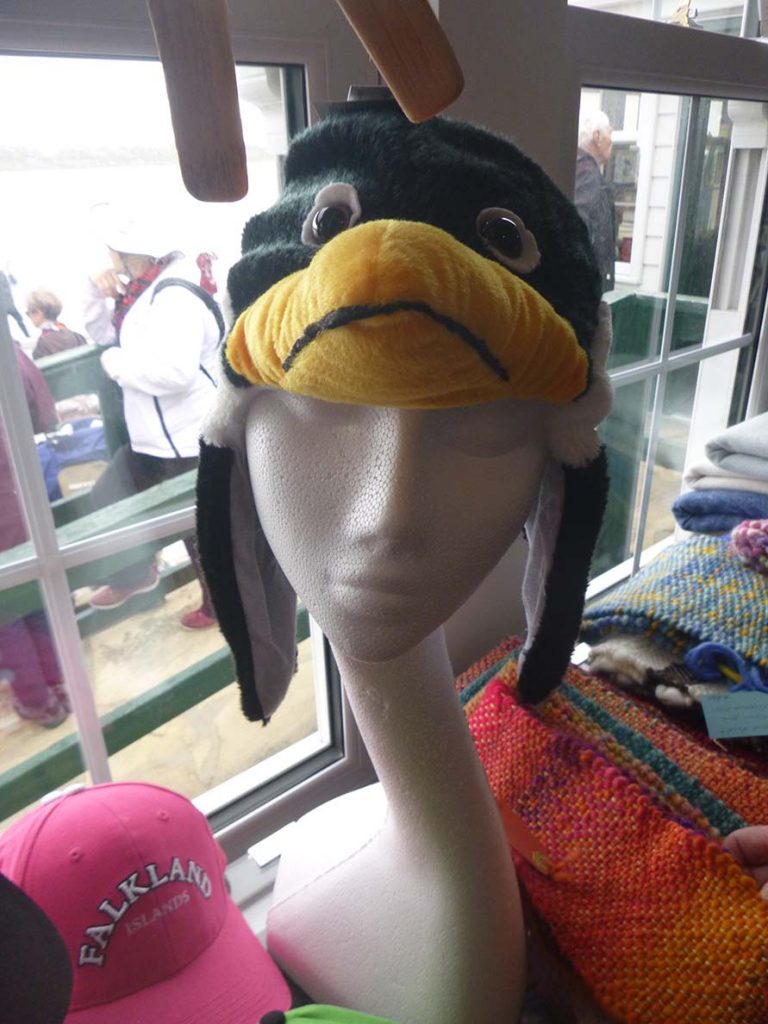 And we loved the old-timey English phone booths outside the post office. 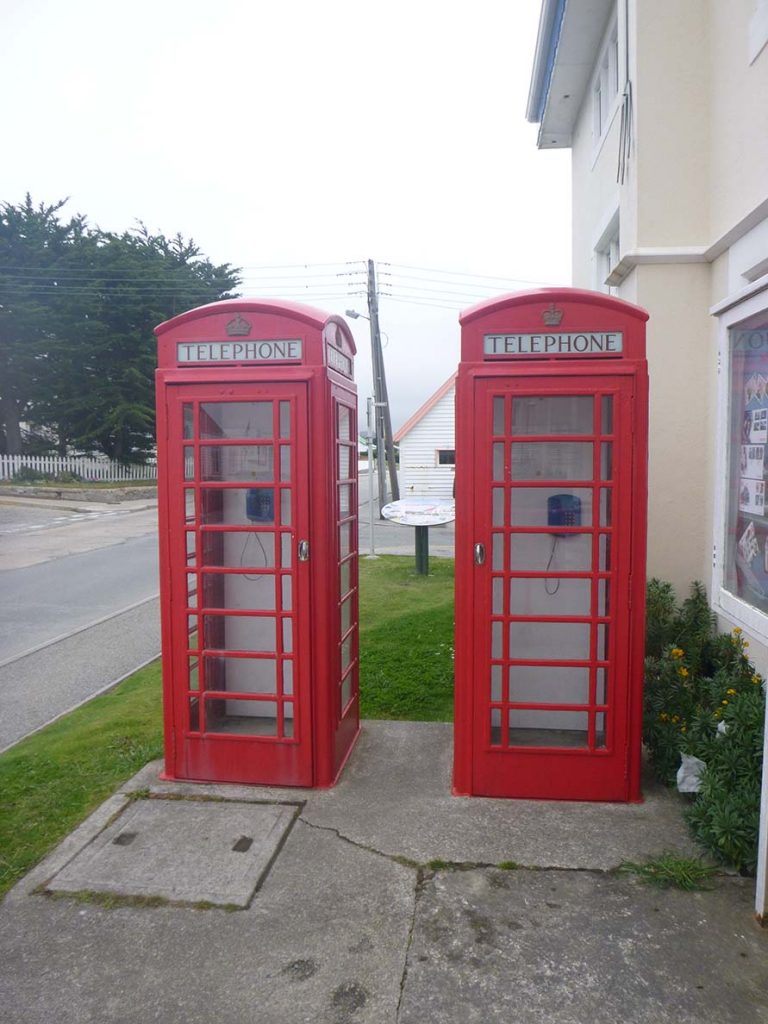 We also thought this sign totem pole was cool. 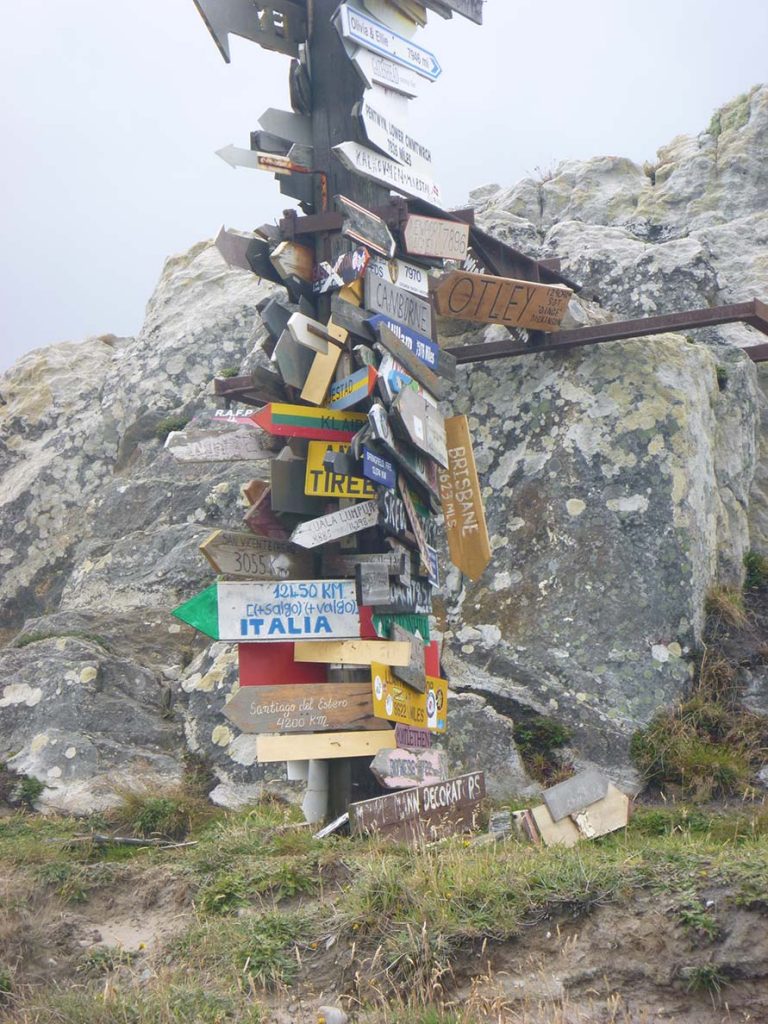 Isn’t the landscape pretty? It was dreary, windy and cold most of the day, but the sun came out for a little while during our ride through the countryside. 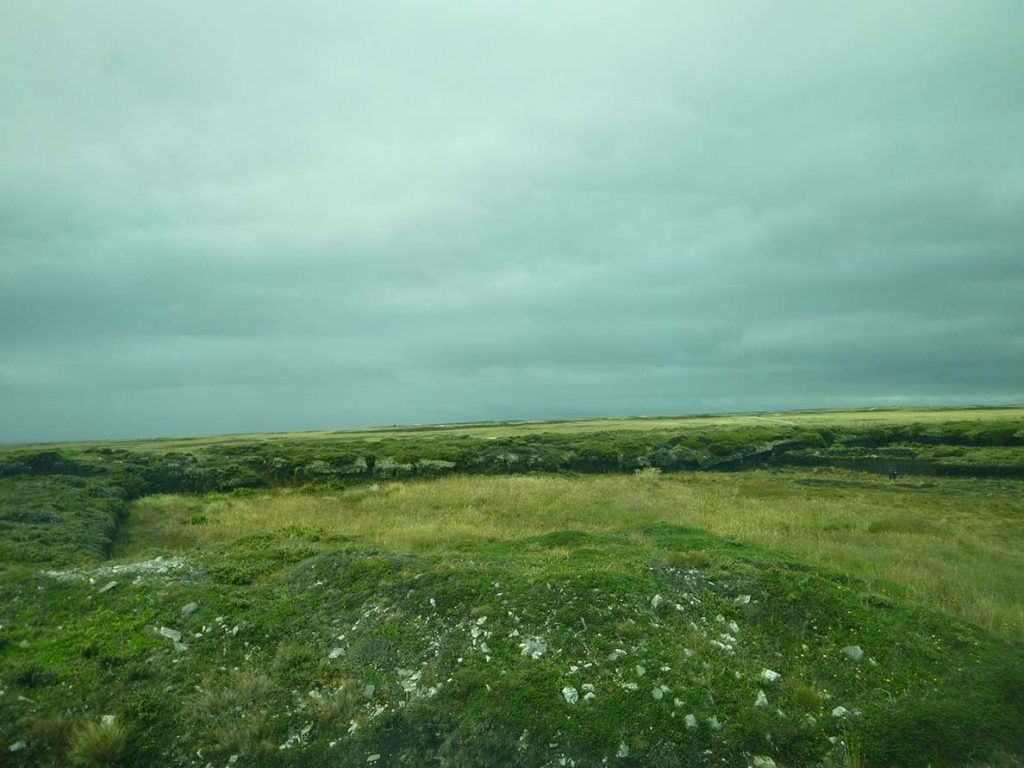 This colorful shop at the pier was one of my favorites. 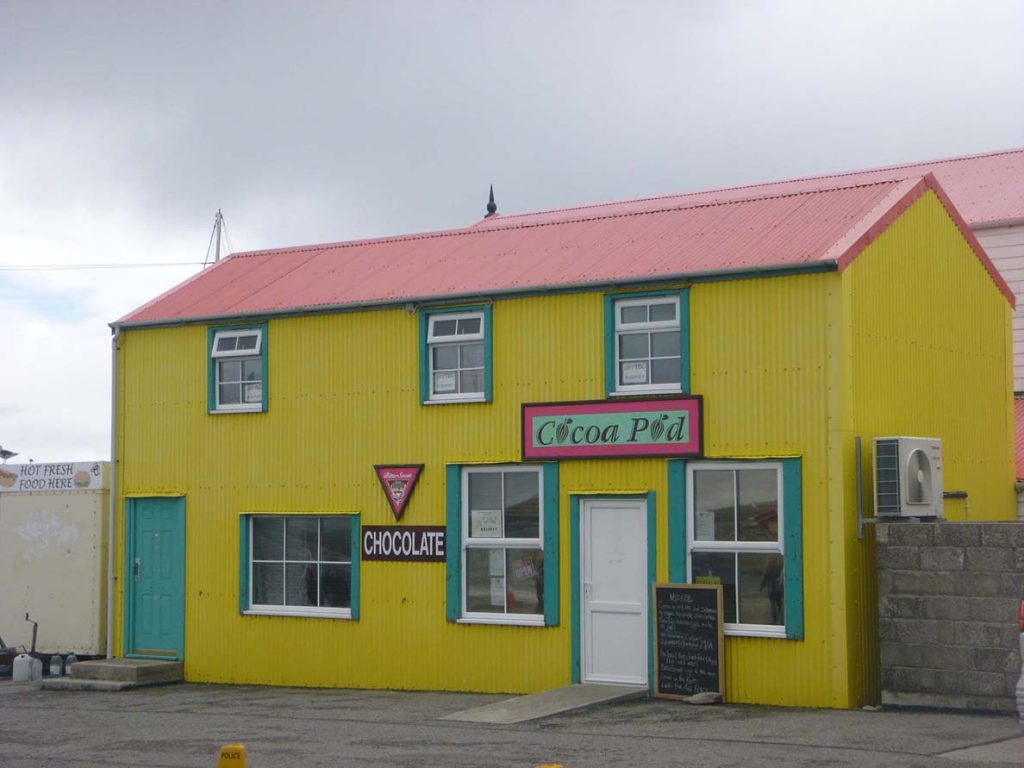 You can tell from various signs around the island that, to this day, some lingering political issues exist. 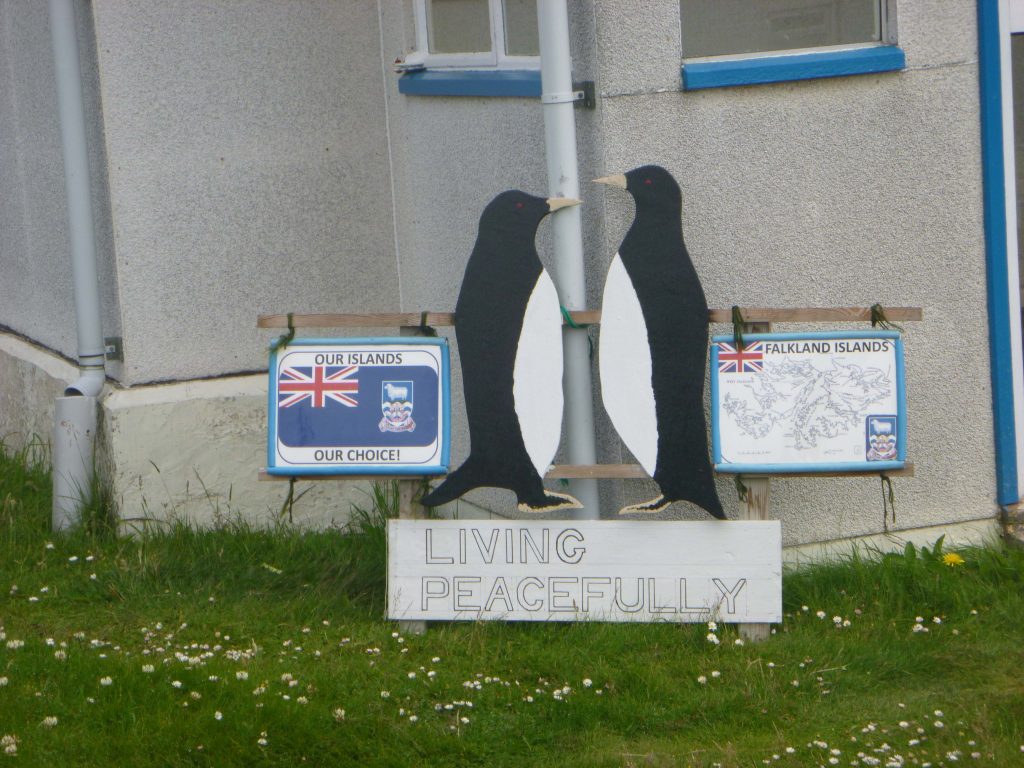 Exploring the Falkland Islands was definitely an interesting and fun adventure!

7 Responses to South America Cruise: A Day in the Falkland Islands