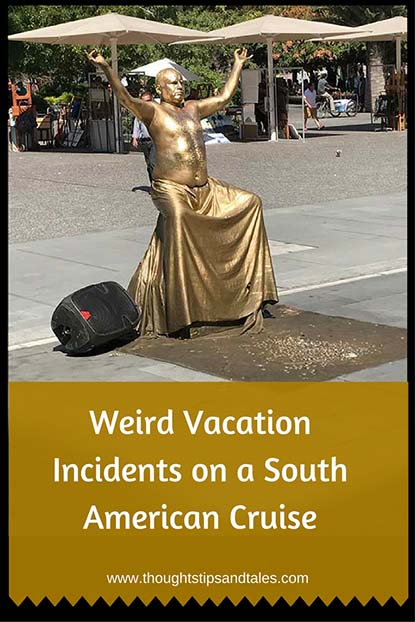 Whenever I travel with Merry Ellen, we have weird experiences (“adventures” as we like to call them).On a trip-of-a-lifetime 14-night cruise around South America, the following things happened and we’re still laughing about them.

Our vacation misadventures give us stories to laugh about for years afterwards!

15 Responses to Weird Vacation Incidents on My South America Cruise