Embarrassing Mistakes: #6 in a Series 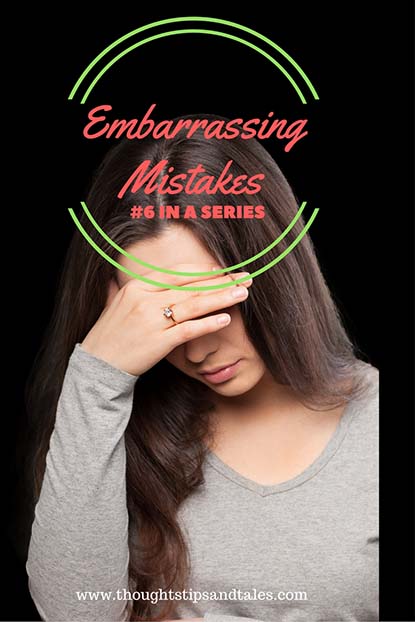 Every time I write a blog post about embarrassing mistakes I’ve made, I think I’ve captured them all.

But no, somehow there are always more…

They’re extremely embarrassing at the time, but they usually make me laugh for a long time afterwards, proving that this quote is true:

Blessed are those who can laugh at themselves, for they shall never cease to be amused.–Unknown

Here are the stories:

1) When I bought my house 20 years ago, I hired a friend to build a tall wooden security fence around the back yard. And my son and I played a LOT of baseball there over the years.

Recently, though, a few of the wooden fence boards had to be replaced, including the gate. When the weather is humid (which here in South Carolina would be about always), the wood swells and the gate latch won’t slip down into the hook without great effort.

Recently, on a sweltering summer day, I went into the backyard right after pulling into the driveway after work — still wearing a skirt and top, and shoes and hose. My goal was to pull the jumbo-trashcan-sized recycling bin into the garage to dump recyclables from the overflowing containers outside the kitchen door into it.

I grabbed the can by the handle and turned around to drag it through the gate door when I heard the unmistakable sound of the latch lowering into the groove  — by itself — on the outside of the gate door. 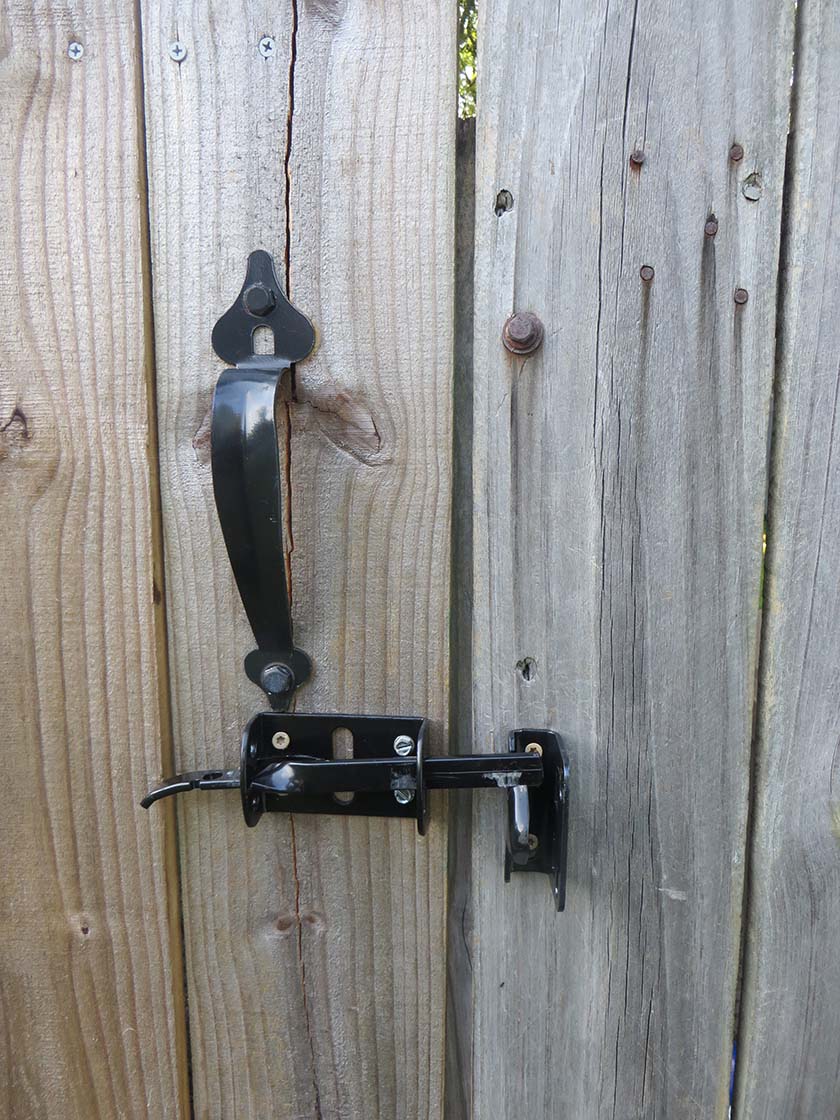 I forgot to mention that there’s no way to get out of the backyard from inside the gate because the only latch is on the outside facing the street.

I’d noticed when I got out of the car that day that none of the neighbors were out and nobody was walking down the street.

So that forced me to turn the trashcan bin over on its side and precariously climb up on it and try to balance enough to lean over the top of the tall fence to try to unlock the door. (The other choice was to yell, “Help! Help!” like a fool and have someone come rescue me. Couldn’t make myself do it.) 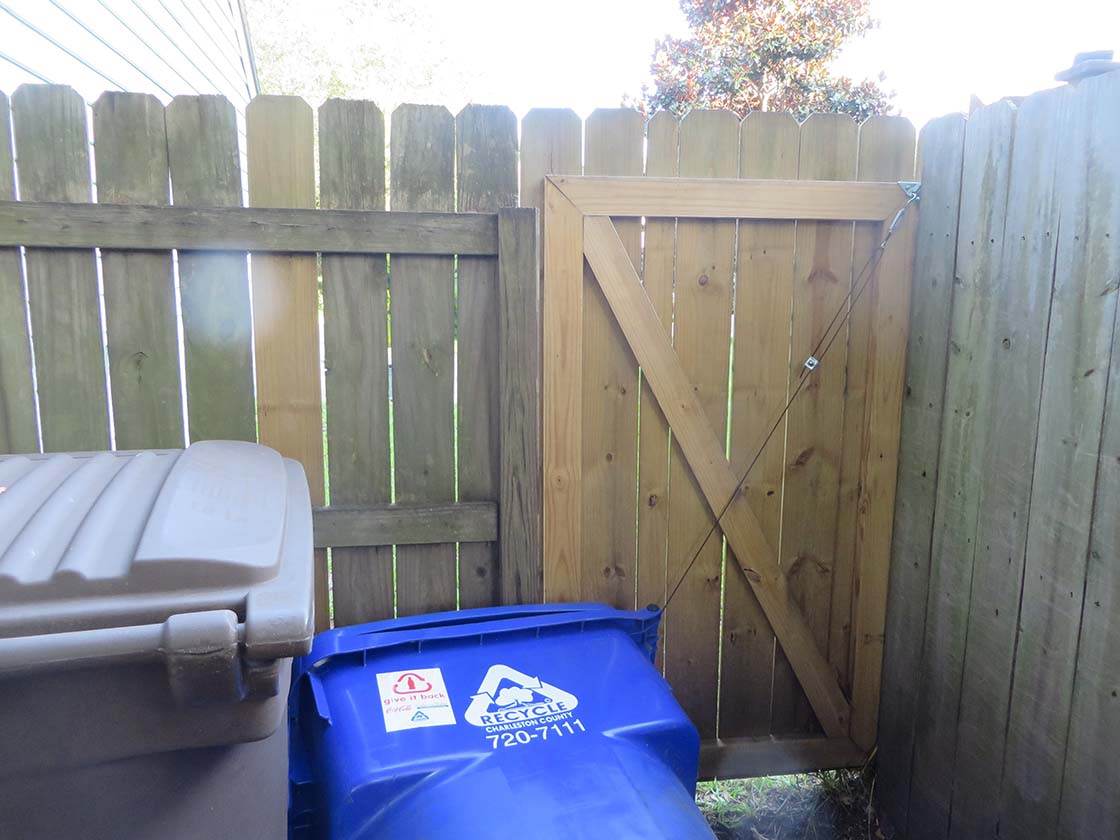 The last time I attempted a trick like that in my work clothes, I stood on a bucket in the garage to reach something, slipped off and broke my foot — resulting in surgery and being confined to a wheelchair for four months.

Thoughts of broken bones went through my head as I slipped off my shoes, hiked up my skirt and clambered up on the can, grasping the fence top with white knuckles to steady myself.

I was able, fortunately, to reach the latch and just barely lift it up enough to open the door — and exited the yard with a sheepish look, dragging the recycling can behind me.

2) On a similar note, I crashed into a suitcase on the bedroom floor on a middle-of-the-night trip to the bathroom a month ago with such force that it knocked me head-first onto the bed next to it.  (Thank goodness it was there.) My toes kind of hurt the next day at work and when I finally looked, realized one of the toes was broken by Googling “picture of a broken toe” and seeing that all the toes on the screen looked just like mine. 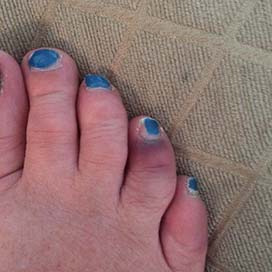 There’s really nothing you can do, so I wore sandals for the next few weeks.

3) Another incident I try to forget happened at a series of Polga (a mixture of pole dancing and yoga) classes I went to for six weeks.

Had gone to two or three sessions by then, and realized a woman in it was the mother of one of my son’s high school friends. So, being the” extroverted introvert” I am, I walked up to her and introduced myself. 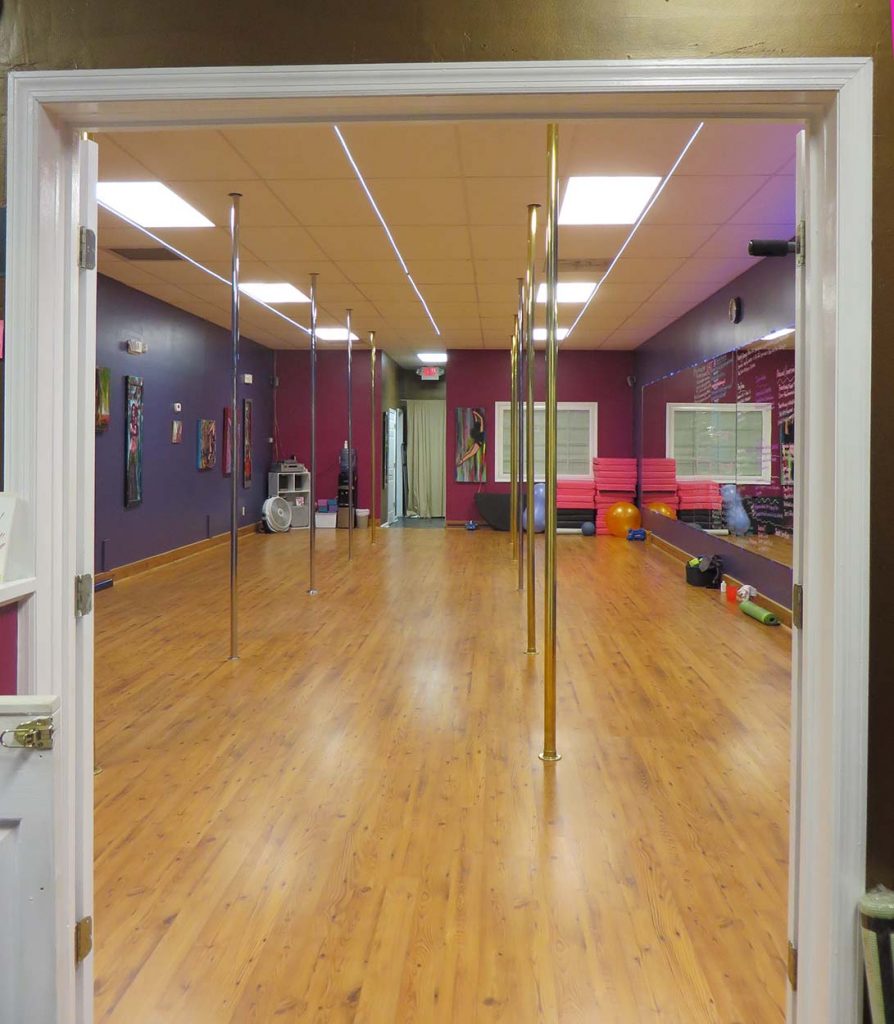 That was a bad decision. About ten minutes later, in the darkened room with the low music, I, um….. rather loudly “passed gas” — which came as a total surprise to me. I was mortified and looked sheepishly (again) at the women around me and mouthed, “Sorry….”

I really wished then that I hadn’t made such a point about introducing myself to the woman. And considered never coming back to the class again.

(Have read some articles since then saying that what happened to me is a rather common occurrence in yoga classes, but I didn’t know it at the time… and it wouldn’t have made it any less mortifying.)

4) The last “incident” involves the grocery store bathroom. The store — God love them — tries to save electricity by automatically turning the bathroom lights off when nobody is in them. 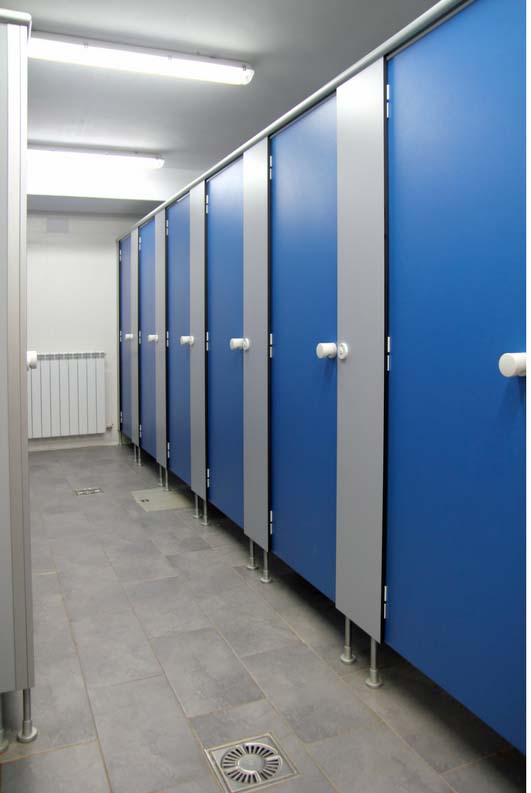 Well… all I can say is I must’ve stayed inside the stall a nanosecond longer than the timer allowed, because the room went completely dark before I was finished. It was pretty tricky getting out of the stall, finding my way to the sink and out the door in the pitch black, too.

I’m just glad that no other women came in and activated the lights as I was madly waving my arms and dancing around. (And, no, that doesn’t make the lights come back on.)

Please — tell me you do some dumb things, too. Right?!

9 Responses to Embarrassing Mistakes: #6 in a Series