Second Women’s Kayaking and Hiking Weekend in Brevard: Wonderful Except for the Near-Death Experience 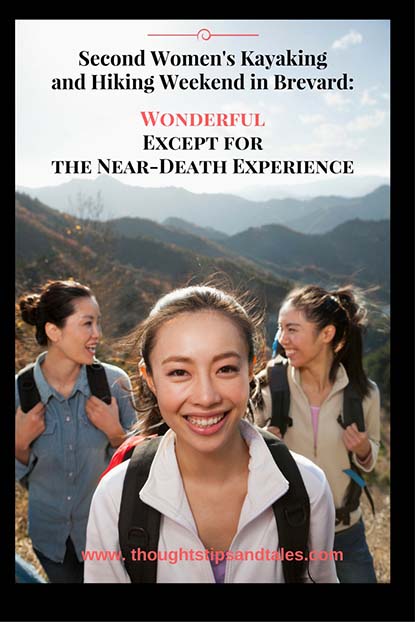 Recently came back from a second women’s kayaking and hiking weekend in Brevard, North Carolina, and it was great — except for the near-death experience…

Cindi (who I met on last year’s fall kayaking/hiking trip and have been friends with ever since) and I took off on the five-hour road trip Thursday morning and got to Brevard, North Carolina, mid-afternoon for the four-day weekend. I knew her and the walking Meet-up group leader, Rita, who arranged this event — and met five new adventurers when we got there.

If you ever go to Brevard, stay at Deerewood Lodge and Cabins; it’s absolutely the coolest place. Went there last fall and couldn’t wait to go back. 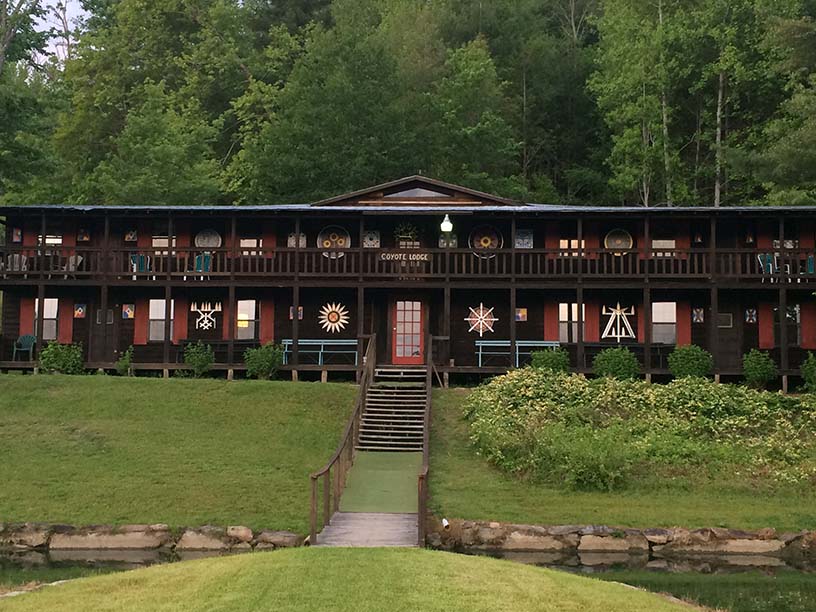 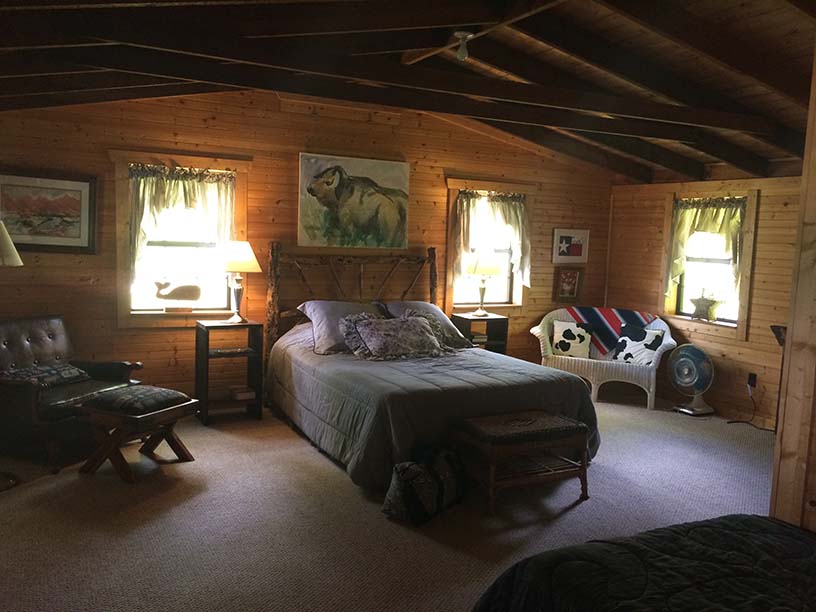 The first night, we all drove into town and had dinner at The Square Root.  We were seated at a large table, and everyone was a little shy at first. When we relaxed and got to know each other that evening — at the restaurant and sitting around the lodge later drinking wine and talking — it became clear that we were all confident, athletic, fun-loving women over 50. (And by the end of the weekend we were downright rowdy at times!)

The next morning, we took off for a 10-mile kayak trip down the French Broad River. We did the same route (eight miles of it) last fall, but this time we added an extra two miles to the end. 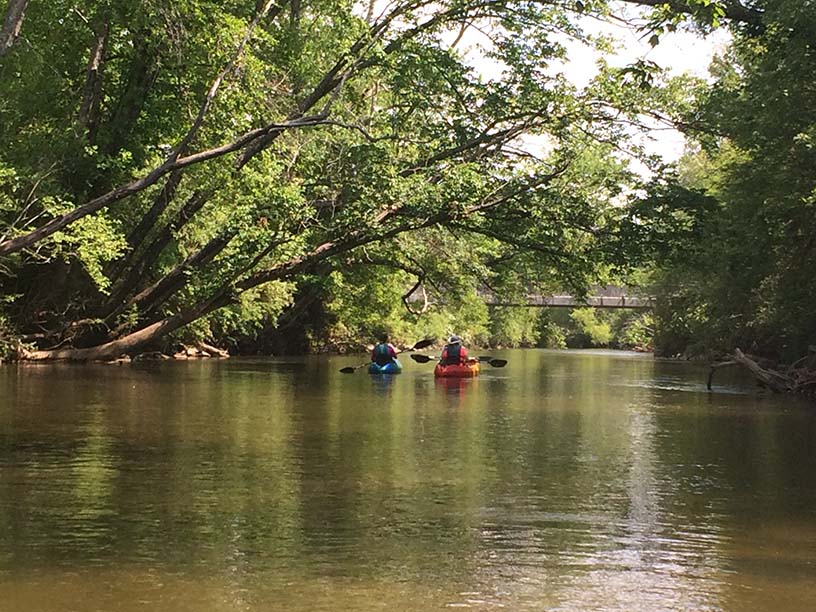 The outfitting company drove us to the start of the trip, got us into kayaks (sit-on-tops this time, instead of sit-in kayaks).

We had a really enjoyable kayak trip down the river. The temperature was perfect, the surroundings were green, and clusters of Confederate jasmine growing along the shore smelled heavenly. The predicted rain held off, except for a few sprinkles, so it was a gorgeous spring day.

We stopped about half way, beached on a small sandy area, and ate our bag lunches. (One thing about eight women going on a trip — there’s plenty of food!)

During the last two miles, the river took a sharp turn, and I was surprised to see a giant area of swirling water around the bend and one of my new friends in her kayak pinned up against a giant tree trunk that crossed two-thirds of the water. I tried to steer away from her and around the tree, but the water was moving way too fast and it pushed me toward her.

I yelled, “I’m gonna hit you!” so she could brace for the impact.

When I did slam into her, my kayak flipped and I fell into the cold, rushing rapids.

I went down to the bottom and saw the pebbles there, and pushed my way up. But all I could see and feel were kayaks above me — just could not find the edge of them to get out of the water. I remember thinking, “I’m going to die” if I don’t find the edge of the kayaks and “the light.” It felt like there was five kayaks above me — and it occurred to me that maybe our two kayaks were lengthwise — so I kept reaching and feeling for an opening.

Finally I “saw the light” shining through the water, but by then, my breath was gone. (When you’re tossed into the water suddenly, you don’t have time to hold your breath first.)

For some reason, I opened my mouth to gasp for air under  water as I moved toward the light, and swallowed several big mouth-fulls of river water before I finally pushed up and out of the water in between two big branches of the downed tree.

My legs were shaking wildly and my heart felt like it would beat out of my chest as I wheezed and tried to pull in air.

Then I felt somebody else under the water bumping into my legs and looked down to reach for them, thinking it was the woman I’d hit who’d fallen into the water, but the person who popped up next was the leader of the group. She’d been behind us and seen me flip over, and ended up going under herself.

It was so incredibly scary! The three of us were shell-shocked but alive – yay!

Unfortunately, two of our kayaks had floated away during “the incident,” along with all three paddles, and the third kayak was wedged under the fallen tree.

We all three had to slam our bodies as hard as we could on the kayak stuck under the tree to free it, but we finally got it. We all held our arms across it, gripping for dear life, as we walked side-by-side slowly downstream.

Our friends who’d been ahead of us (luckily) caught the kayaks and two of the three paddles.

Without the third paddle, though,  I had no choice but to get on as a passenger on one of the women’s kayaks, and Rita slowly paddled us down the river. It was pretty unstable with two people perched in the middle of a sit-on-top and it felt like any movement would’ve tipped us over again.

In the meantime,  Angela pulled out a throw-rope in a bag that she’d brought along and tossed it to Lori, who tied it to my kayak so I was able to get onto it — and she towed me the rest of the way. (Had never heard of a throw-rope before, but thank God she had one!) 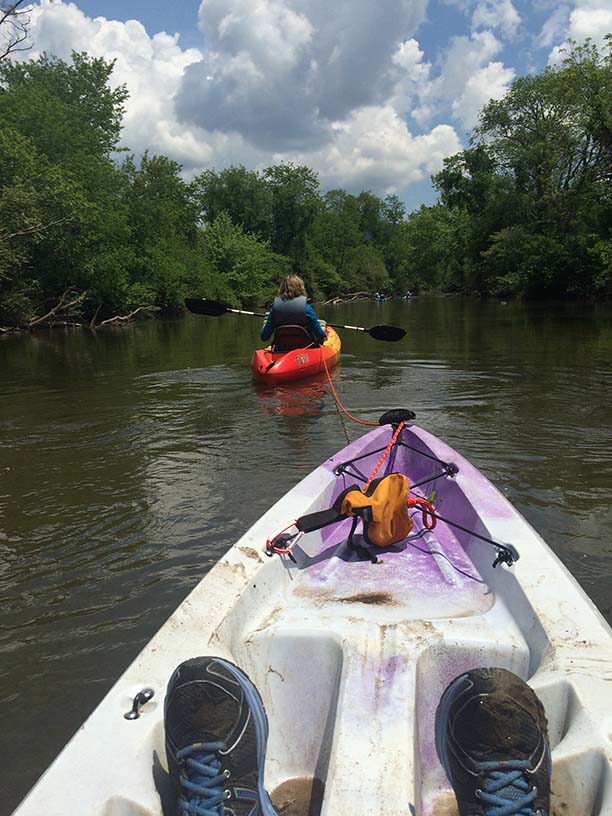 We all wanted to kiss the ground when we finally got to the boat landing!

But we dragged the kayaks up about six steep cement steps, and in a few minutes, the outfitter people came in their bus to pick us up.

When we got back, all I wanted to do with go lie on the bed for a while and hunker down and rest. But fellow adventurers kept texting me and I got up. Found out they’d Googled “adult river water ingestion” in the meantime to see if we should do anything!

We had dinner in the lodge, which we had to ourselves the whole weekend — and I don’t think I’ve been hugged so many times in my life as that afternoon and evening!

Everyone was so kind and thoughtful.

The next day, we hiked for hours and saw three beautiful waterfalls. The excitement on that trip was a medium-sized black snake that was three feet away and slithering intently toward us. We kept to the middle of the trail as much as possible after that. 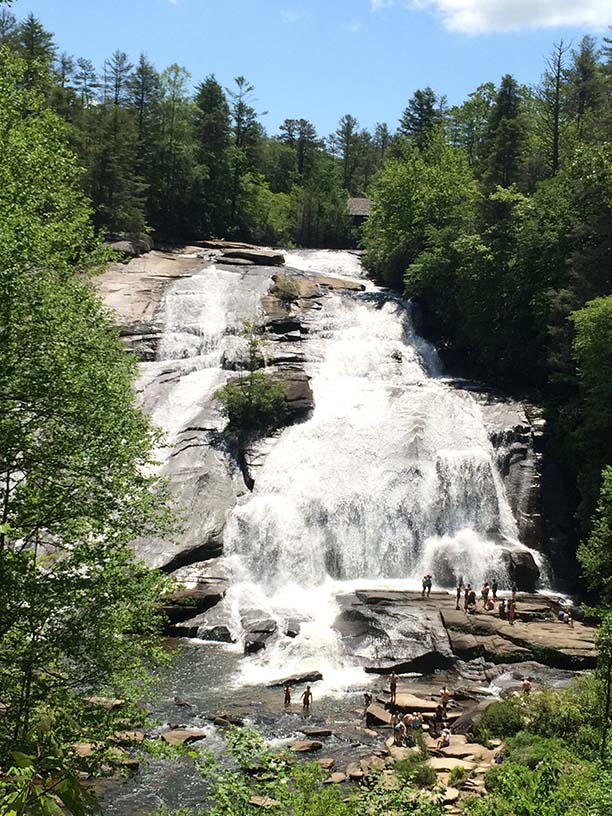 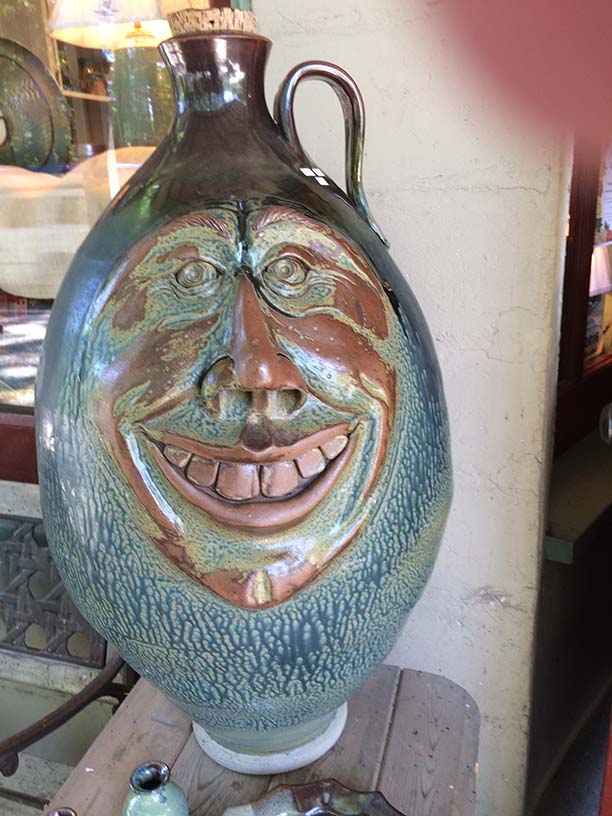 After the hike, we did some caravan-style shopping in local art and pottery shops, which was fun. Went back to the lodge, and some of us made a final run into town to buy souvenirs before the stores closed at 5.

At dinner in the lodge that evening, two women pulled out “awards” they’d bought for some of us involved in “the incident” —  one woman got a Brevard bumper sticker (it had been her first kayak trip, so it was like her badge of honor) and they gave me a funky, hippy skull sticker with flowers on it — and we all burst out laughing. 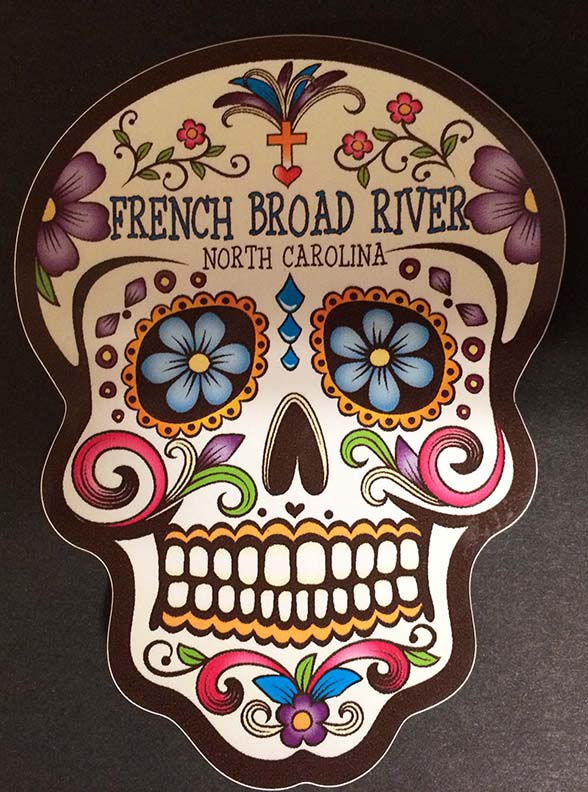 The rest of the evening we played board games, drank wine and chilled. 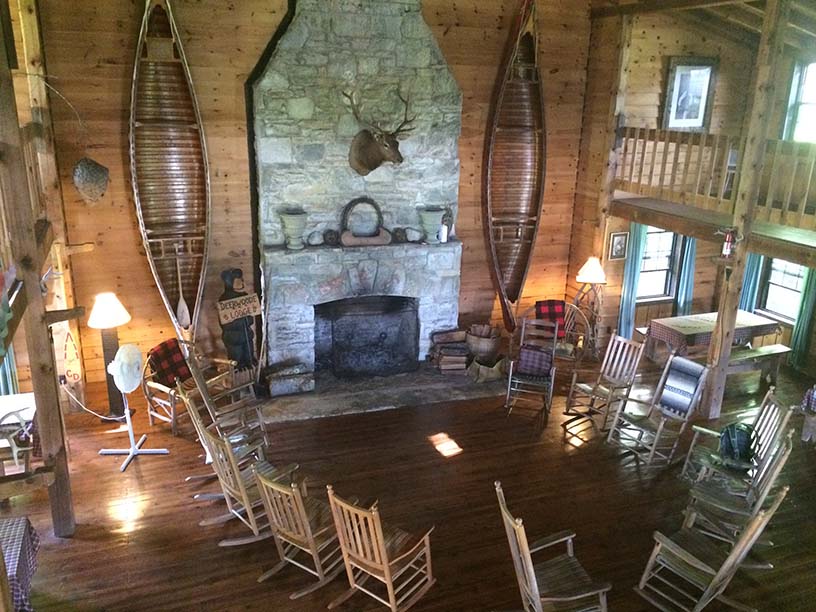 During the night, , the rain (which had been originally forecast for the whole four-day period) finally came, so we put on our raincoats with hoods, packed our stuff in the cars and hit the road for home.

Some things I learned over the weekend were:

It was so great to hang out with:

Thank you all from the bottom of my heart for your friendship and a weekend I’ll never forget!

12 Responses to Second Women’s Kayaking and Hiking Weekend in Brevard: Wonderful Except for the Near-Death Experience