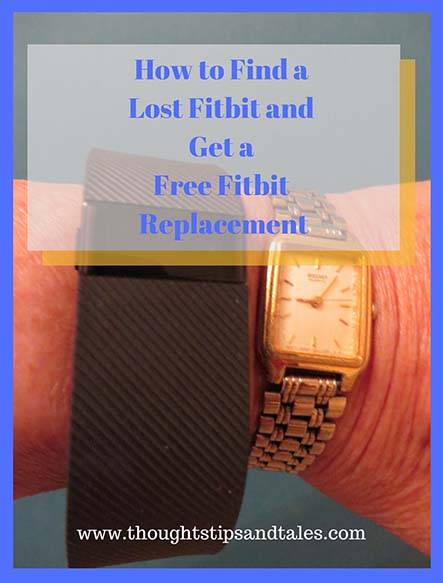 One evening, I went to get a massage and took off my Fitbit. I put it in my purse, and saw it glowing in the pocket when I picked it up to go, but by the time I got home and decided to put it on, it had disappeared. Looked everywhere and couldn’t find it. 🙁  If this happens to you, find out how to find a lost Fitbit and get a free Fitbit replacement!

I’m an ardent Fitbit fan, and this was a Charge HR that I really loved (my third Fitbit — and the first one ever with a clasp that stays firmly closed!)

The next day (after going through the recycling bin and the trash can before work), I Googled “how to find a lost Fitbit” and found several great ideas.

How to Find a Lost Fitbit

One was to get on the computer dashboard and try to sync the Fitbit; the article suggested if it was in the room and charged, the computer would show it syncing, narrowing down where to look for it. Tried that, and it didn’t work.

The second option was to get an iPhone app to find lost Fitbits. Didn’t know such a thing existed! I bought “Find my Fitbit” for $5.99, thinking if it found a $150 device, it’d be well worth the price.

The app promised to find certain models of charged Fitbit (including the Charge HR) located within 100 feet of it.

Holding it in front of me like a Geiger counter, I traced my steps from the driveway into the house again — everywhere I’d been the night before, including inside my car and next to the recycling bin.

The key to finding your lost Fitbit electronically, though, is the fact that it has to be charged enough to detect it. And I knew my battery was low when I took it off.

Unfortunately, the meter on the app spun and spun and it never located anything…

It occurred to me then that maybe the app didn’t even work since I’d never used it before, so the next day I turned on the app at work and stood outside my friend’s cubicle who wears the same Fitbit model I do. It detected her device right away!

In a last ditch effort, a few days later I went back to the massage place and walked through the building with the Find my Fitbit app on (although my Fitbit battery was probably dead by then). No luck.

When I was ready to admit defeat — and bite the bullet and buy a new one (the cheapest price I could find for a Charge HR was a sale price of $129) — one last thought occurred.

I decided to call the Fitbit company, since I’d bought the tracker directly from them, to see if they could do anything. 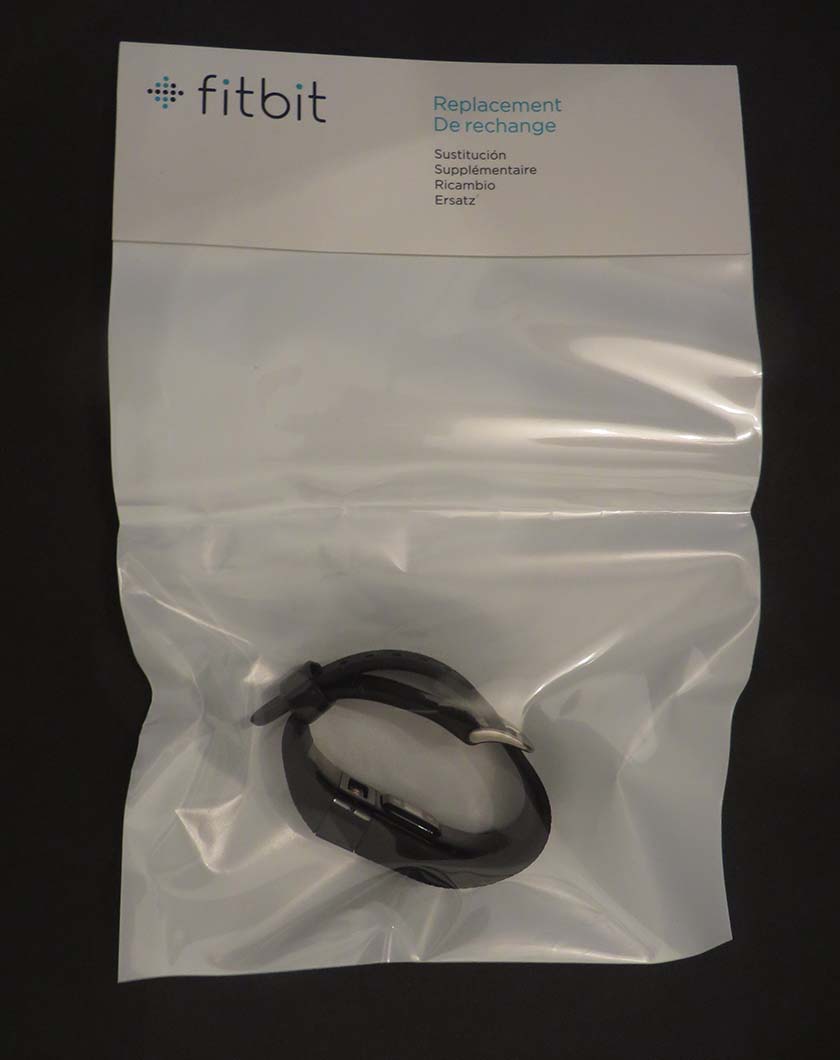 How to Get a Free Fitbit Replacement

Got the number from their website and spoke to a customer service man with a foreign accent who asked me what happened, and I told him the story. He said he’d check with a supervisor and see what he could do.

A few minutes later, he got back on the line and said they’d send me a free replacement!

I received two confirmation emails that evening — and a week later, the Charge HR arrived. I didn’t even have to pay postage.

When I told this story to friends, several of them said their Fitbits had fallen apart and they took it back with the receipt to a department or big box store where they bought it and got a refund, then bought a new one.

12 Responses to Find Lost Fitbit, Get a Free Fitbit Replacement